Start a Wiki
“För Sigurdsson! ”
— Axel before he unleashes the Viking Sequence


Axel Hardrada is a boxer in Punch Out!! - To Glory. He is a Champion, Swedish Boxer who has trained himself since the age of 5.

At a young age after Axel's father had abandoned him calling him useless, Axel trained himself and used what he knew about survival to to build a habitat in a forest.

At the age of 26 he was approached by two business men, who wanted to hire Axel for their boxing association. Hardrada accepted and was illegally modified to become the world champion. Many tabloids and fans are somewhat suspicous of his behaviour, as his strengths racks up to a large scale.

He used to be shy and anti-social when he was younger, but after he found his talent in boxing, he grew a tad bit more confident and usually shows off his strength, however this usually leaves him open for attack.

Axel rarely dodges but seems to still block as he still has a bit of shyness in him, and we all know what happened to Narcis Prince when he didn't block.

When Axel is close to being knocked down he will unleash a sequence of quick jabs and headbutts, which will then lead to a strong uppercut to finish the player off. The player can block the jabs but is hopeless against the uppercut, however if a star punch is timed correctly at a headbutt, it can stop the sequence. 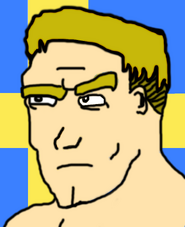 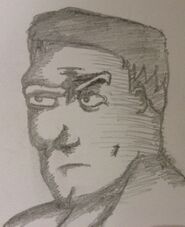 Concept Art
Add a photo to this gallery

Retrieved from "https://fantendo.fandom.com/wiki/Axel_Hardrada?oldid=2525393"
Community content is available under CC-BY-SA unless otherwise noted.