Start a Wiki
Avengers Army: Crisis is a 2.5D platformer fighting game, similar to the Super Smash Bros. series. Some critics panned the game for being so similar to Smash, while others praised it. This game stars a multitude of characters from the various franchises of the Marvel Universe, including (but definitely not limited to) The Amazing Spider-Man, The Incredible Hulk, Uncanny X-Men, Captain America, Daredevil, Fantastic Four, Deadpool, The Invincible Iron Man, and Guardians of the Galaxy. The game was released in Summer 2017 for the PlayStation 4, Xbox One, and Nintendo Switch. The game was created to fulfill Marvel's wishes to return to console gaming. A couple genres Marvel had considered were open-world sandbox and RPG. With the existence of the Spider-Man games and the Ultimate Alliance games, Marvel made the decision to go the fighting game route, with plans to release an open-world sandbox and RPG at a later date. Crisis is the first game in the Avengers Army series, with both a sequel and a spinoff planned for 2018. The developer confirmed in November 2016 that the spinoff would be an open-world sandbox game, similar to the Spider-Man 2 and Ultimate Spider-Man games.

Marvel had been desiring to return to consoles, and wanted the release of a fighting game, a role-playing game, or an open-world sandbox game. While deciding the genre, a group of writers was hired to pen a draft of the plot. After reviewing it, Marvel decided the plot would be best-suited for a fighting game. They studied the Super Smash Bros. series and and opted to go for something similar to that series' style. It was chosen mostly for its noticeable differences from Marvel: Contest of Champions's format. The "Nintendo NX" was in development at this time, and the PlayStation 4 and Xbox One offered huge markets. The Nintendo 3DS was considered, but the game that was planned was eventually decided to be too big for handhelds.

The game was originally planned for a February 2018 release, but, in December 2016, it was pulled to an earlier date of May 2017. This news worried video game websites and publications, as Avengers Army: Crisis had only been announced in October 2015 (with zero gameplay footage to go along with the announcement). A few months later, the game's very first official image was shown, featuring Captain Marvel, Rocket Raccoon, Groot, and fan-favorite Venom.

The first trailer was received with generally positive feedback. Praise was aimed towards the selection of characters shown, the graphics that were displayed, the editing, and focus on gameplay. However, reviewers noted its striking similarity to PlayStation All-Stars Battle Royale. This criticism was brought further with the second trailer, with those same people saying the game bore a an overwhelming resemblance to the Smash Bros. games. The game's boxart was revealed. It featured the characters Spider-Man, Wolverine, Hulk, Captain Marvel, Captain America, Thor, Iron Man, Storm, Black Widow, Deadpool, Magneto, Green Goblin, Venom, and Red Skull.

A few characters got their own exclusive trailers:

(in order of release)

A sixth trailer covered most of the general cast of the game.

People immediately took note of how much coverage Venom was receiving. Many began to wonder if Carnage would be in the game as well. Shortly after the release of the trailer that showcased Spider-Man and Venom, the developer released an official statement saying that Carnage was not slated to appear in the game. Soon, a blurry image of a red figure resembling Carnage made its way to the Internet, and speculation ran wild. The developer released another statement clarifying that the image was only an early version of Deadpool's character model. The next day, the developer revealed on their Twitter account that Carnage was under official consideration for DLC, along with "a few other characters we [the developers] think Marvel fans would love to see".

Avengers Army: Crisis was released in May 2017 as planned, with minimal glitches (although there was an infamous game-breaking bug involving Doctor Strange, which was patched the following month). The game saw incredible sales, thanks to its marketing, as well as the hype surrounding the game. Reviews were mostly positive, with praise towards the use of the Marvel license, story mode, voice acting, design, fanservice, and addictive gameplay, but was criticized heavily for its similarities to Smash Bros.

In September 2017, the first DLC trailer was released on YouTube and the developer's website, showcasing none other than...

...Carnage. The trailer quickly took the #1 spot on YouTube's trending section, and #CarnageCrisis started trending on Twitter. The trailer also showcased two more characters, but were easily overshadowed by Carnage. The DLC was released in October, and another DLC pack was released in February 2018, when the game was originally slated for release. 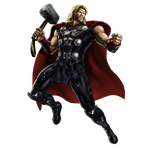 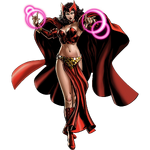 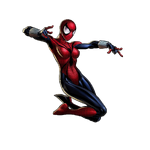 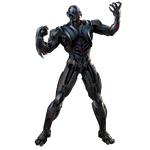 Retrieved from "https://fantendo.fandom.com/wiki/Avengers_Army:_Crisis?oldid=2428233"
Community content is available under CC-BY-SA unless otherwise noted.