Arcana is a 2D platformer originally developed by Pyro Enterprises. It is now being worked on by Kutenaiabi. The project is highly inspired by the classic Mega Man series as well as Shovel Knight, and is directly stated by the game's developer to be a "take-that" to the game Mighty No. 9, or an attempt to one-up the efforts of Comcept and Keiji Inafune.

The world of Elris is at peace. The Emperor and Empress of the realm have kept peace for over three decades, and all the men and women of the kingdom have nothing to fear.

Then, on the eve of the kingdom's 150th anniversary, a terrible event struck the kingdom.

The powerful Arcana, enchanted sentient artefacts with massive amounts of power, made their way into the world. They began possessing various people, granting them considerable power and causing them to create chaos on a massive scale. Even the Emperor and Empress fell under the Arcana's influence.

Now, a lone child, empowered by the Fool Arcana, has set off to save the land from its accursed fate.

Arcana is heavily based off of the Mega Man franchise; as such, it is a 2D platformer with high levels of difficulty and an emphasis on shooting. Arcana's gameplay consists of running through stages in search of the boss at the end, obtaining its signature weapon after defeat.

The primary difference to gameplay in Arcana is how each given weapon (or Arcana) actually works. As opposed to a single ability that will only have 1 or 2 given uses, each Arcana is a full, unique moveset inspired by the Kirby and Super Smash Bros. franchises; this decision was made to extend each weapon's use, and this is further compounded by the fact that Arcana have no energy limits. 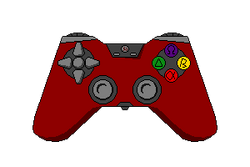 Retrieved from "https://fantendo.fandom.com/wiki/Arcana?oldid=3053510"
Community content is available under CC-BY-SA unless otherwise noted.