Arc's Kraffen is .arcticbreath (t∣b∣c)'s interpretation of the Kraffen story, in the form of a TV show. The show released on May 26, 2016 (page was released 2018, though). The story has been attempted to be created in the past in the form of the show on this wiki Craftendo, or Kingdom of Craftendo on nerdude wiki, or Stormed which is also on nerdude wiki. There is another version of this story by .navybolt (t∣b∣c) named Navy's Kraffen.

The show tells the story of Jonathan (more commonly known as "Ice"), a Prince who's father just died, giving him the responsibility of king. Though he is unsure of what to do to fix an already broken nation. With the eventual help of Luke and Nikolas, they get themselves into all sorts of trouble. 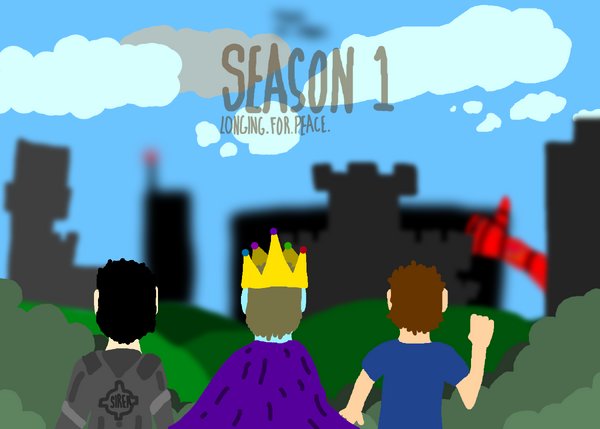 The official art for Season 1 of the show. Showing (left to right) Nikolas, Jonathan, and Lukas, looking towards the kingdom of Kraffen.

Retrieved from "https://fantendo.fandom.com/wiki/Arc%27s_Kraffen?oldid=2965768"
Community content is available under CC-BY-SA unless otherwise noted.