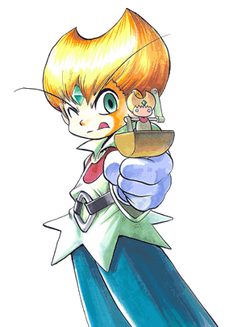 Emerald is a playable character in Anysmash. He is the tenth Pokedex Holder in the Pokémon Adventures series, being the main protagonist of the Emerald arc.

Emerald is an odd kid who went to the Battle Frontier seven days before it opened with the intention of challenging the Frontier Brains, despite not owning any Pokémon. After crashing a press conference, he ended up being forced to defeat all of the Frontier Brains in seven days. It turns out he is in contact with someone who supposedly owns all Pokémon, so having to own Pokémon wasn't a problem for him. He does eventually, however, reluctantly gain some of his own Pokémon later on, including a Sceptile, a Dusclops, a Sudowoodo, a Mr. Mime, a Snorlax and a Mantine.

Emerald is actually much shorter than he appears, and uses platform shoes and magic hand extensions to make himself appear taller, being very self conscious about his diminutive height. He also conceals various gadgets in these, including an E Shooter, a pistol which actually contains a toy version of himself that scoops and throw dirt projectiles. This pistol's ammo are the Bullets of Serenity, which are filled with "Hometown Soil". Effectively, this soil is capable of making rampaging Pokémon remember their birth place, therefore calming them down. Emerald effectively has the unique talent to tell where a Pokémon came from, having travelled through many regions during his life before going to the Battle Frontier.

Emerald's true mission is actually not to complete the Battle Frontier, but rather to save Jirachi from being caught by a man called Guile Hideout. While he is a very competent trainer on his own, he ends up having a lot of trouble completing this mission, as he refuses to take help from anyone, refusing to even bond with the Pokémon he borrows. During his mission, he learns not everything can be done alone. Emerald later appeared in the Omega Ruby and Alpha Sapphire arc, in which he stopped using most of his gadgets and in which he sports a different outfit. However, this version of Emerald has little to no influence on the moveset Emerald uses here, which is mainly because I haven't read that arc yet.

While Emerald is a Pokémon Trainer, he finds nothing like the Pokémon Trainer in Super Smash Bros. Ultimate. Emerald fights by himself, being a heavyweight about the size of Lucario. He has very good reach, on par with the likes of Simon and Shulk, and boasts from a number of tricky ranged specials, including a sleep-inducing move. He is also blessed with an incredibly good grab game; his grab is relatively fast, and it would be the longest-ranged grab in Super Smash Bros. Ultimate. All four of his throws also have good utility, with three of them being kill throws and one linking up well into combos. His playstyle in general is a hybrid of a zoner and a grappler, using his projectiles and other long-ranged attacks to zone out other characters and bait them into getting in his grab range, after which he punishes his foes using his powerful grab game.

Emerald has some significant drawbacks, however. His damage output is very low, meaning it'll take a while before his throws are capable of KOing. This also gives him little to no kill options outside of his grabs and a meteor-smashing down air. While he is surprisingly fast on both land and air, he suffers from sub-par mobility otherwise, having a rather poor recovery consisting of a tether grab and a rather weak upward boost in his up special, which is not helped by the fact he falls fairly fast, making him rather easy to combo.

Speaking of his up special, Emerald's up special causes him to eject himself off his platform shoes for a brief period. Unlike Bowser Jr.'s similar move, however, Emerald actually stays in this "shoeless" mode for a while, which changes many of his attributes. For one, it makes him much smaller, about the size of Pikachu or Olimar, but also makes him much lighter; this does, however, mean he falls less fast, which makes him harder to combo and to hit in general. He also becomes slightly faster, and his arm attacks are unchanged. However, this means any moves he can perform with his shoes are either heavily weakened or outright useless. He is capable of gaining back his shoes by using his up special again. The "shoeless" mode is meant to be more of a last resort than an actual transformation, although it is technically one.

When Emerald has his shoes on, he is capable of walking on water thanks to their ability to turn into mizugumos. However, he can still sink in water if he gets pushed down by some force. 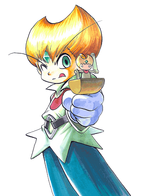 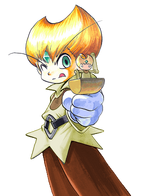 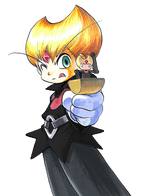 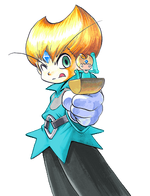 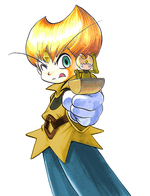 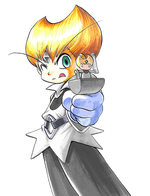 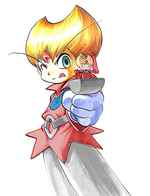 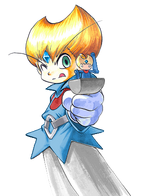 Retrieved from "https://fantendo.fandom.com/wiki/Anysmash/Emerald?oldid=2874196"
Community content is available under CC-BY-SA unless otherwise noted.