Note: Please do not edit unless you are in Wario Inc, or are fixing spelling or grammar edits

This article has been created by Wario, your almighty overlord. If you edit without permission I will cry. Also note that this article is fanon, that means it doesn't exists. Thanks for reading this now read the article, ya putz.

Another World, is an action/adventure RPG developed by Wario Inc. It will be released in 2014, and the plot revloves around a strange planet named Zonkordia where mutant birds live. This will be Wario Inc's first ever RPG released.

Long, Long, Ago, in a world made before Earth was even in existence, there were two living creatures, Birden, and Birdare. The two mated, bringing life all over the land. However, not all birds agreed. The frequent arguments took their toll on the land, and finally King Birdare and Queen Birden made laws. For a while, peace was everywhere.

As time went by, the king and queen grew old. Thier first son, Birdore became king, as his parents slowly died. The new king seemed to be just fine. However, something was bothering him. Villagers were frequently disappearing. He thought they were traitors, while they simply wanted to live the country life. This drove him insane, and made him evil, powerful, and deranged. He then kidnapped those who lived there now.

One of the kidnapped wanted nothing more than peace back to the land....and that's where our true story begins....where one of the kidnapped discovers an exit. His name is Zane. He goes over there to get out, but is faced with some guards. He defeats them and falls far from the tower. However, he is instantly kidnapped again and taken to a larger and more dangerous prison.

After exploring and solving a bit, Zane finds a crying girl. He locates the key to her cell, and rescues her. She is named Miley, and tries to repay him by joining him. Together they do many tasks for the other prisoners, eventually exploring much of the prison and defeating the most powerful guards, the two discover a secret exit. However, there is a huge bounty on them, but the two before leaving discover a rooster who wants to escape too.

The team becomes well-known. Over time, the townspeople grow to love the heroic and mysterious team, which makes the king furious. The king puts a spell on the townspeople to hate and want to destroy the heroes. This makes the team retreat.

As the team are on the run, they encounter a wise old bird in the woods. He tells them that the 4 pieces of the Heart Crystal are the only thing that can destroy the spell. An angry mob attacks, and in gratitude of the old man's help, they protect him.

The first shard lies in The Snowlands, a sub-zero mountain-like kingdom. The villagers there seem nice, but the village is attacked by a large yeti-like bird. In exchange for slaying the monster, the mayor will give them the first shard. The team ventures out to the Yeti's lair, to find many frozen victims. The team fights the monster, and with some effort, defeat him, for the first shard.

The second shard lies in Pyrror, an anchient underground desert-like land under the city grounds, in which the team will have to sneak in. From the ghostly villagers, you learn that the next shard lies in Pyranium's(The land's infamous monster) Pyramid, in the treasuer vault. The team heads out to the pyramid, and retrieve the next shard, but are confronted by Pyranium. The team defeat him, and escape the pyramid before it self-destructs, on Pyranium's order.

The third shard is in the hands of the Birdar(A large and wil monster bird that is very unintlelligent and loves food) in the mountains. The team enlist the help of an explorer, but their rover is quickly destroyed. The team land in the valley, but scale the mountain, rescue the explorer, and confront themsonterous Birdar. When he is beaten up, he vomits the 3rd shard.

The final shard, rests in the Rainy Jungle. As soon as they arrive, wild birds and animals attack the team. The birds fight back, but are overwhelmed. The team wakes up in a cave, where they are about to be eaten by wild cannibalistic birds. The team peck out the ropes and fight the tribe. Using their skills, they escape the labirynth. However, no shard is to be seen. They then spot a bird-monkey hyrbid holding it in interest. The team chase the starnge creature through the jungle, but end up in a banana-shoot out. The team overcomes the toppled hybrid, and find a broken shard.

The team head to the old bird to see if he can mend the shard. He does, but his house is later raided by angry villagers, and he dies. With the Heart Crystal, Zane advises the team to avenge him. The team use the crystal to break the spell. Upon learning that it was the king's doing, they turn against him and help the team get in. However, they must first face the assistant of the king Eaglor. They do, and enter the humongous castle. Each section of the castle utilizes one bird's specific ability. After a long level, the team finally attack the king. King Birdore is now so sick and twisted, he has red eyes, and he steals the Heart Crystal, and become gigantic. The battle is long, and hard. With the broken shards, the townspeople give all of their wishes and hopes to the heroes, making the Heart Crystal powerful once again. The team use it to seal King Birdore in it.

With the king dead, Zane becomes the new King, with Miley becoming his wife the queen. Rooster Hedwon moves back to the country with one last goodbye. The game ends with a kiss between King Zane and Queen Miley.

The game plays a bit like Kingdom Hearts, with some Mario and Star Wars: The Force Unleashed elements. Each character has a melee and ranged weapon, which can be traded later on for different weapons. The game has many different explorable locations, which all have specific enemies and area bosses. The game has a quest system in which the player completes 3 small tasks for a reward of XP or Zoids(The game's currency). The player is given a Map displayed in the bottom screen everywhere. With the push of the L button, you can switch characters.

The game now has the gameplay of Soulcalibur. The player controls one of the playable characters in Story or play as a boss.

Zane: A teenage male blue maccaw, who is kidnapped and wants to escape and dethrone the crazy king. He uses an axe and a Pellet Pistol(A pellet shooting pistol)

Miley: A pink parrot who is accidentally kidnapped on her way to visit her wild uncle who lives in the country. She uses her claws and blows kisses(which smother enemies)

Rooster Hedwon: A large redneck rooster who was kidnapped while he was sleeping. He uses his boxing gloves and his Boxing Glove Gun.

Old Bird: A wise old bird who helps the gang.

Ghost Birds: The inhabitants of Pyrror.

James Birdan: An conure and explorer.

King Birdare: The former king who was one of the first in the land. He is a parrot. He only appears in the beginning cutscenes.

Queen Birden: The former queen. She married Birdare long ago. She is a chicken and only appears in the beginning cutscenes.

Chief: The first boss who is fought early on. He is a large Bird Guard, but easy to beat.

Snarf: A large but dumb goose who is fought early on.

Ezno: A quiet and hooded bird who is hired to kill the team. It is unknown what kind of bird he is.

Virdar: A fat food loving eagle who lives in the mountains.

Banonko: A gorilla-like bird who is fought in a banana shoot-out.

Eaglor: The eagle who is the right-hand man of Birdore.

King Birdore: The corrupt king who is faced when he is in a giant twisted form of himself.

Tower: The tutorial area, which is a small thin tower with easy enemies.

Brake Prison: A large prison with many puzzles and enemies.

Zonkordia Kingdom: A large grassy town with many shops. The place is not always safe though...

The Snowlands: A large and cold mountain/village.

Mountains: Tall rocky mountains that are home to Virdar.

Rainy Jungle: A loud jungle with rain and wild creatures.

Castle Birdore: A large and dark fortress where Birdore lies.

The collector's edition has a golden cover, and comes with a 30 page book full of Concept Art, a comic based after the games story, and comes with a cheat code to redeem 100 Zoids, and a costume for your Omegatar, based on Zane. 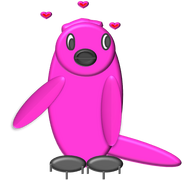 Rooster Hedwon
Add a photo to this gallery
Retrieved from "https://fantendo.fandom.com/wiki/Another_World?oldid=2401748"
Community content is available under CC-BY-SA unless otherwise noted.