Start a Wiki
Animal Crossing Rumble Explosion (どうぶつの森ランブル爆発 Dōbutsu no Mori Explosion Rumble in Japan, Animal Crossing Explosive Brawl in UK, and Animal Crossing Super Brawl in Australia) Is a Simulation/Fighting game develop and published by Nintendo. The game picks up from the events of Animal Crossing: Bluebear's Adventure, it features Crazy Redd's new evil plot. It is set 1 one year after it's predecessor. It is the second game in the series

A tournament is held in Smashville and all adventurers from around the world gather to become the "King of the Wild World". But, danger still lurks on the City of Battles. Crazy Redd is searching for an ancient energy called "Pyrus" that can give a mortal God-given powers of Immortality. While some fighters are unaware of the energy, Bluebear is concerned of Goldy, a toad that can create fire from her hands. While a Mysterious white sheep haunts Stitches and Bluebear, and a masked animal haunts Bluebear and her friends. Crazy Redd Is on the hunt to steal 7 amulets that belong to 7 special people with the same attributes.

As the 7 Amulets names and their respective owners are:

Flora-Bluebear (The amulet was sealed in the net Bluebear uses, allowing her to summon insects)

As the tournament goes on Redd's plan rises. After the kidnap of Maple and Pippy, the tournament's finals was delayed. For the remaining contestants were Bluebear and Daisy vs Stitches and Kody. But Peanut stole Bluebear's amulet rendering Bluebear useless without her net. Redd kidnaps everyone who has the amulets. As Tom Nook finds out he leads a group to save them. They search everywhere until they found a cave, inside it was a giant crystal containing all of the kidnapped people. Tom Nook and his group battle with Redd and his forces. After the battle, Redd's forces fell. The masked man appears in Redd's place and escapes he summon a dark gap and suddenly sucks Fluffy in the hole, Bluebear approaches her, Fluffy reveals her identity to Bluebear and her relationship to Emily. She gave Bluebear a heart-shaped key, and describes it as "Two Hearts that were Separated." As the hole closes Bluebear's face was curious. In their victory party, Bluebear shows Stitches the key. And they wonder what does it do. And the scene fades, concluding the plot of the game.

The Gameplay is balanced between a normal Animal Crossing game and a Super Smash Bros. game.

In an Animal Crossing game:

When you don't fight you take a break and live in a hotel, Shizu runs the hotel.

You can also design your hotel room by moving to a different room that has a bigger size, Adding furniture and also call for room service.

You can also shop in a mall next to the hotel, where Tom Nook has stayed. There's a Salon run by Harriet, A Botique run by Gracie, A Fashion Shop run by the Able Sisters, A supermarket run by Joan, and a mini-mall of furniture, Walls, Carpets and needs run by Tom Nook.

- Move around the area/Rotate cameras

The diary is the source of saving and creating a save file. You create a save file by "buying" a diary for free in the menu. Covers for the diary are sold in Able Stylistas for stylish covers and Nook's Grocery for standard covers.

Upon first entering your hotel room, you have a basic set of furniture already set in the room. One of them is a resource for entertainment and news. The TV shows you news and shows. There are two types of news in the TV

Is the type of news that releases info about DLCs and Tips.

The type of news that focuses about the game's sequel. It also focuses on notifications received(The blue light will not light up when playing the game).

In Smashville, a mall appears next to the hotel and inside it is various stores.

Is the store where Tom Nook's nephews work part-time.

Fruits (fruits can heal you in the middle of the battle, it can only recover your HP)

Catalogs (a catalog is a book that contains a furniture set that you can order in the Furniture Store.)

Able Stylistas is a new shop run by the Able Sisters Mable and Sable causing them to be NPCs at this game. The shop sells clothes, shorts, skirts, umbrellas, accessories and wigs.

Gracie moved to Smashville to open a botique in the mall called GracieGrace 21.

It sells high-price clothes, dresses, skirts and other designer clothes.

Is a shoe store run by Kicks, he open up a new business at the Smashville mall, using the money he saved from shining shoe at the city.

Kicks sells shoes of all kinds like heels, loafers, sandals, boots and slippers.

The House of Furniture is a branch of Tom Nook's business, Pelly runs the shop.

it is a large shop that contains two rooms in the second floor.

On the second room is the HRA's main office run by Lyle (Lyle is also an enemy from the first game, but changed his alignment and became the HRA's president.). There, Lyle can rate your room in the hotel as it's new portion says that HRA can rate the hotel rooms due to the mall's sponsorship to the hotel.

Harriet open up a salon in the mall to style everyone's hair.

In the previous game, humans can only have their hair styled, but in this game the animals can also have a haircut but each one of them has only two styles: the default and the stylish. You can pick one of them.

Smashville is the town the game takes place, this town was held for international tournaments 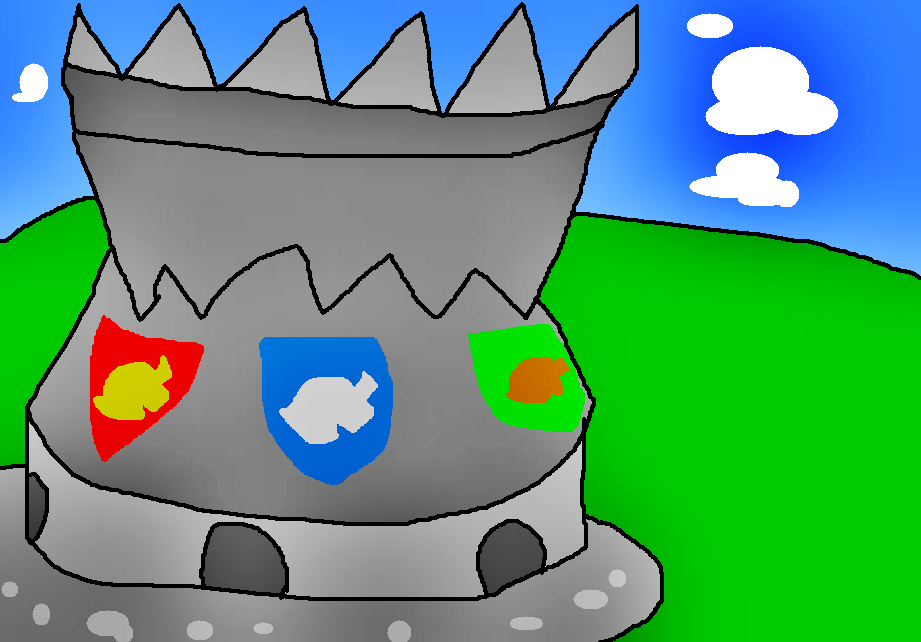 Is the place where tournaments and fights takes place, it has three floors.

the first floor is where the battles take place outside is an arena, around it is a track for races. Outside is a gate that leads to a bus station going to the Olympics. (Fact: In this world, the stadium track is used for the 100m and 400m category.)

and on the second floor is the reception area, Resetti is now a receptionist and you can also challenge him. 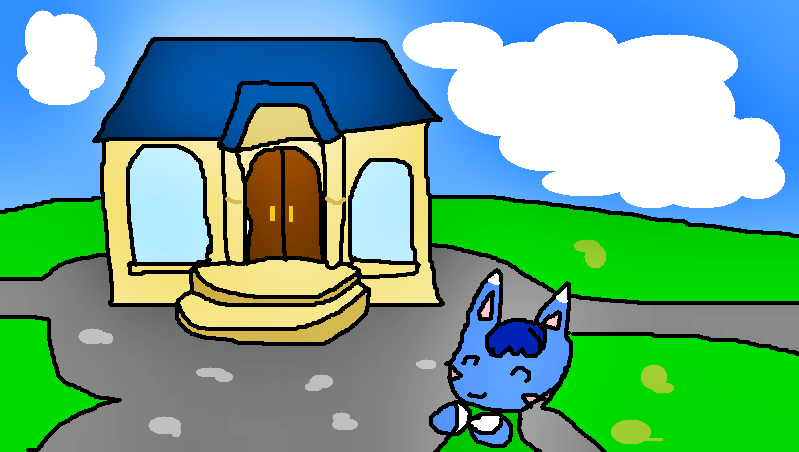 Smashville's town hall is at the center of the town. It's current mayor is [Your personal Mii™ on the 3DS].

And his/her secretary Phyllis, Phyllis still talks in Bebese (about boring her job is). The mayor will award the character after completing the competition. Crazy Redd became mayor of the town starting from the final episode and imprisons the true mayor. After you complete the story, the mayor will award you with rare clothes and a secret password for the next game.

The Smashville hotel is the place where all of the competitors stay until the tournamen has ended. It has many rooms and a swimming pool. You can also put furniture in your room for appeal. Shizu is the hotel manager and receptionist, while Pete is in charge of hotel service. The hotel can still be access even after returning to Animal Town.

This places listed are battlefields in the game and it is were fights on story mode, battle mode and smash mode take place.

Is where all the matches and coliseum fights take place, spectators like Tom Nook and Harriet watch the fights.

Special Spectators are characters from other games that make cameo appearances in this arena. They will randomly appear in fights.

Bowser and his sons and daughter

Is an arena located underground at the Smash Coliseum, it is a training arena for beginners.

Retrieved from "https://fantendo.fandom.com/wiki/Animal_Crossing_Rumble_Explosion?oldid=2034656"
Community content is available under CC-BY-SA unless otherwise noted.