Animal Crossing: Tumble Tracks is a racing game for the Storybook, Nintendo 3DS and Wii U. This game is set to release on April 23, 2010. The game will also come bundled with a rare Bob & Cookiemobile Figurine in the Animal Crossing Figurine Series. A Wii Wheel that supports Wii Motion Plus. It is being developed by Niche.Studios.

All characters have appeared in different Animal Crossing installments.

There's an special option in the game that allows you to transfer your neighbors and items from Animal Crossing: New Leaf (Exclusive to the Storybook and Wii U versions).

Each character has an exclusive Special Item . There are 11 characters default and 13 characters unlockable, along with some special DLC characters (could change in the future). 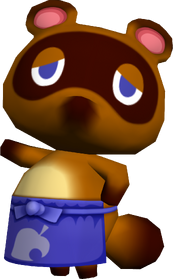 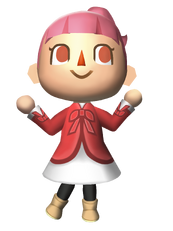 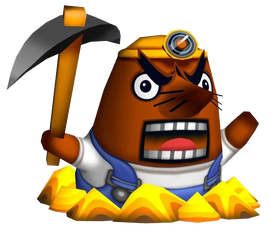 Mr. Resetti
Grappling Pickax
Add a photo to this gallery 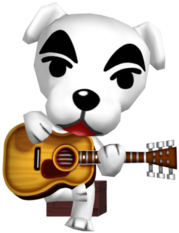 K.K. Slider
Musical Fog
Add a photo to this gallery

All courses have different music depending on the Wii Clock/DS Clock:

Each character has two characters everyone has, and one exclusive at the start. However, you can unlock another kart and a final exclusive kart using the character's racing points. You can also add little constumizations to every car by using points.

Retrieved from "https://fantendo.fandom.com/wiki/Animal_Crossing:_Tumble_Tracks?oldid=2034650"
Community content is available under CC-BY-SA unless otherwise noted.