For more information about the character himself, see Mr. Game & Watch.

The Mr. Game & Watch figure is a character figure available in the sixth wave of amiibo figures. It was released on September 11, 2015.

Please add your game if it makes use of the Mr. Game & Watch amiibo! 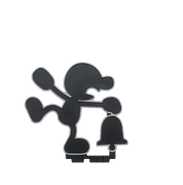 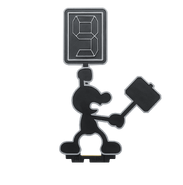 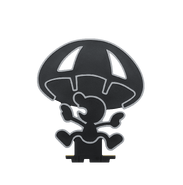 Retrieved from "https://fantendo.fandom.com/wiki/Amiibo/Mr._Game_%26_Watch?oldid=2430864"
Community content is available under CC-BY-SA unless otherwise noted.