The AGD is an octagonal, light-blue box with shorter diagonal edges, it comes with two controllers, similar in shape to the Sega Genesis' controllers, except for the extensions for the two analog discs, for its home console mode. The portable mode, while it can use the controllers, since the main box uses a chargeable battery, does not need it, as the same types of controls are built into the console in its opened form, which has a screen where the game is played, in portable mode, two players need to connect each other's consoles via wi-fi, or, they can simply connect the controllers.

The GD has a charging base, which is simply a thick plate that is plugged into an electrical sockets and plugged at the bottom of the console, the base is also plugged into the player's TV, to allow the GD to be used in home console mode.

The console counts with four sets of controls, the obligatory D-pad, for 8 and 16-bit side-scrollers, the left analog, used for movement in 3D games, the right analog, used to move the gamera, mainly, and the face buttons, which consist of the classic "ABXY" set up, mainly the style used by the Xbox controllers. There are also select and start buttons at the center of the controllers and at the bottom/front of the main console. The controllers and console also count with the presence of L and R buttons on the corners, for certain games that use them, sadly, no proper trigger buttons are present, due to how the console muse be placed to charge, on its back with nothing obstructing it.

The AGD is a 9th generation system, the console comes with several Blocks (the chosen term for "app") already installed, such as Youtube and the online shop app, AP Blocks. Games can be bought from AP Blocks with credits or bought physically, they come in small cartridges that are slotted into the side of the main console, the side of it was chosen to make it more accesible to easily change games while playing it in portable mode.

The Alpaca GD is compatible with online streaming services, as Blocks for them are available, and parental controls for downloads and usable Blocks can be set manually in the system or through a smart phone app, much like the Switch.

Games are to be tagged if they are digital and physical or digital only by having the format listed beside them. Other people and companies are encouraged to add to this catalog if they desire, but it is completely optional. 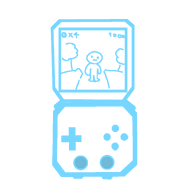 (Rushed) Artwork of the console in its Handheld mode 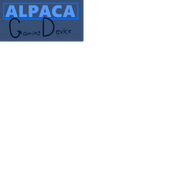 Retrieved from "https://fantendo.fandom.com/wiki/Alpaca_GD?oldid=2516954"
Community content is available under CC-BY-SA unless otherwise noted.