Aiai is a monkey who loves bananas. He is usually absent-minded, thinking, "That banana I had was really delicious." Aiai deeply cares for his wife MeeMee, his son Baby, and friend Gongon. Despite being absent-minded at times, he is very kind and very brave, going as far as exploring the inside of a volcano on his home island of Monkey Island.

Aiai has similar traits to a Spider Monkey. Although he lacks a tail, he does have an orange shirt with the letter A on it (possibly for Aiai). He has dotted eyes, a small scruff of hair, and rounded ears that stick out of his head. In Super Monkey Ball: Touch and Roll, his look was modified. Also, In Super Monkey Ball Banana Blitz and Sega Superstar Tennis, his look was updated, giving him a blue backpack, red oval shaped cheeks, a cat-like smile, and a much sweeter look all in all.

AiAi appears as a Boss character in the Super Monkey Ball Room of the SEGA All-Stars Challenge attraction. 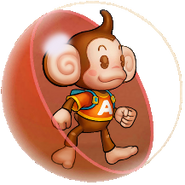 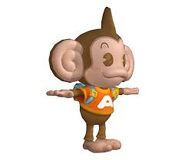 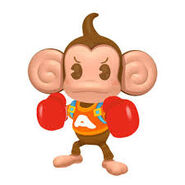 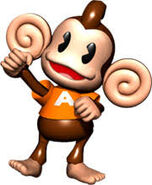 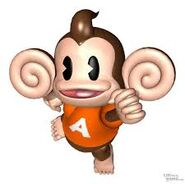