Afraid of Water is a top-down strategy title for the Wii U and PC within development by GlassHat Studios. The game is based in an alternate universe wherein cats have become the dominant species on Earth and have developed advanced technology. The species now teeters at the brink of war when the harmony is broken through the split of the species into two factions.

Within the Single-Player mode, there are four character paths which can be chosen at the beginning of the game, each being inter-twined within the game's universe with regards to the war between two factions, the "Feline Naval Treaty" and the colloquially named "Cat-Pirates".

The first plot line follows a soldier of the FNT named Harvey Dales, who is a recent inductee within the military. The line follows the process of initial training - which serves as the game's first tutorial when the player starts the game. Dales is assigned various missions by the Naval Command and eventually achieves a successful career within the field of combat. The player will begin to also upgrade Harvey's ship as he rises through the ranks, being able to add weaponry and a better framework for his Cat-Boat. Eventually, FNT forces are pushed backwards by the advancing enemy and Harvey Dales is forced to join a special operations units designated to spearhead what is known as Operation Honeypot - which served as an endeavour in order to push back the enemy from the front line and heavily damage their forces. The attempts to push back the enemy are futile and Harvey is faced with his last moment with an enemy battleship facing towards his direction before the line ends.

The second plot line follows the career of Arch Helmsperson Elm Harett of the FNT - who serves as part of the FNT Naval Command. Elm Harett is the helmsperson of the Patria Felis, an advanced capital-class ship capable of widespread destruction. However, the majority of the gameplay is done through the management of smaller units against the enemy units, with the Patria Felis only actually being rarely used. In his displays of naval know-how and prowess he is promoted to Leading Helmsperson of the FNT, carrying out several more operations before issuing the order to commence what was believed to be the magnum-opus of his career, Operation Honeypot. Despite the assurance that the said would be successful, the operation fails and the enemy is able to push near to the shores, where Harett takes the matters into his own hands by fighting off the remaining enemies, being able to seal victory at the sea-border for the time being. The line ends with the Patria Felis moving across the screen with any remaining forces from Honeypot trailing behind.

The third plot line is set within the viewpoint of Alicia Haigh; a somewhat decorated, carefree First Shipwoman of a cat-battlecruiser attempting to reverse the tide of the war. Told from her own perspective, her line is set after Operation Honeypot and covers the majority of the war where the FNT appear to have the upper hand. Alicia is put through more advanced assault operations on fortified enemy positions, taking out resources and, quoting Elm Harett "Making the enemy white" - with particular interest in why he said that instead of just getting straight to the point of the speech. As Alicia, units are controlled simultaneously as you are fighting the enemy with your own ship: making management and situational awareness integral in victory. Eventually, Alicia is able to reach the enemy where the line then ends.

The fourth plot line is the only which is focused on a character who is not a member of the FNT and is instead a leading member of the Cat Pirates. Her name is never mentioned within the game and she is never seen talking, though most simply call her and her ship "The Mistress". Serving as the longest plot line within the game, spanning from the very beginning to the end of the war and also being the hardest of the four, the Mistress' plotline begins with the initial attacks on an FNT island, the spark which eventually lead to the war's occurrence. Throughout her plot line - she attends various major battles where there is the only opportunity to lead Cat Pirate units against those of the FNT leading to the eventual failure of FNT forces prior to Operation Honeypot. She is then seen once more pushing against Honeypot, eventually faced with whatever ship the player had ended with as Harvey Dales as the final ship destroyed in Honeypot before the eventual retreat of FNT forces. The Cat Pirates are eventually countered due to a lack of resources as a result of operations by FNT Special Operations units such as that which had Alicia Haigh with the Cat Pirate forces being eventually pushed back towards the mainland, where The Mistress makes a last stand before a surrender towards the FNT forces, where the line ends.

The game places you in control of what is known as a "Cat-Ship", which is a ship being operated by fellow felines from the FNT/Cat Pirates depending on which faction you are sided with. The ship can be moved around by selecting the ship or using the number assigned to the ship and pressing a space on the map. The ship can also attack enemies by completing the same process, selecting an enemy instead of an empty space. The ship will then attack the enemy using basic weaponry until another enemy is selected or it is destroyed. The ship can also be set to automatically attack enemies whenever they come into range of the ship. Surrounding allied units can also be used to attack an enemy when selected and may create formations around your own ship. By destroying an enemy, the player gains a certain amount of "Battle-Points" which can be used to spawn units or fortifications such as turrets.

There is a minimap available in the corner of the screen which shows known areas of the battlefield, the player is shown major locations marked on the minimap only by the level, areas revealed by a device deployed from an Action Command, allied units or buildings and enemies within the radar range of the cat-ship. The view-region marked on the minimap can either be moved by dragging on the minimap or moving your cursor/dragging the screen in the direction in which you want to move the camera towards, allowing you to see other units or areas of interest. In the multiplayer mode, voice chat is available through the use of a gamepad-attached headset or a computer's headset with options available for teamchat or global-chat - disorderly conduct within the multiplayer mode can be reported and assessed by GlassHat staff.

In the multiplayer mode, the player is able to visit three areas. The Combat Simulation Area is where players are able to queue for battles against other players in real-time, with battles reaching a maximum of 24 players on either side. The Module Commerce Center is where players are able to purchase modules for their ship in order to specialize it for a certain role or to upgrade its present qualities. The final area available in multiplayer is the Player Garage and Ship Storage, where the player is able to select different ships for usage on the field and is able to check statistics such as battle records, maximum kills in certain modes and so forth.

An Action Command is a deployable attack/support move which can be initiated through selection of a designated letter on the keyboard or on the Wii U Gamepad. Action Commands are available by attaching an "AC Module" to your ship, which will allow your ship to be able to use the command. The Command can either be an area-of-effect action such as allied-unit healing, a shockwave which disables enemy systems, a single-enemy effect which can include direct damage, a self-effective action command, a command which can be toggled or a command which deploys a certain device such as a visual marker to show points of interest. The Action Commands generally have a cooldown or a device limit depending on the command in question and will raise a ship's Classification Rank depending on the effectiveness of the AC Module.

In certain sections of the game or within the main-lobby of the Multiplayer mode, the player can purchase "Modules" on the game's market for credits and may attach the said modules to the ship for various benefits or in order to fit certain roles in the game. Modules can range from decorative modules, basic weapon modules or BW Modules, action command modules or AC Modules and passive modules. Each module can be found in different qualities and as modules are installed onto a Cat-Ship the Classification Rank of a Cat-Ship increases depending on the module quality, meaning efficient use of modules is key in order to succeed in the multiplayer as, while in singleplayer the Classification Rank does not matter and is mostly aesthetic, in multiplayer the Classification Rank will determine which ships you are matched with in a game, with the match consisting of those mostly either of an equal or slightly higher or lower Classification Rank. Below is a list of the current classifications within the game:

Within the single-player mode the objectives which the player must complete are specific and are unique depending on which plot line is being completed. The Multiplayer mode differs as it consists of more generalized modes. Once a player decides to join a match in the main lobby, the player awaits other players of similar Classification Ranks & Player Level and is eventually assigned a game, a mode and a team. The list of modes and objectives are listed below.

Elimination is a round where ships are required to either destroy the enemy base or to take out all the members of the enemy team. The limit to do this is fifteen minutes and units are available for spawning depending on how many battle-points they have attained. Breakthrough is a similar mode, however the ships are allowed to respawn after several seconds of being destroyed.

Central Control is a mode where a team must capture and control a single point and hold it for a certain amount of time. Central Control's main control point must be held initially for 7 minutes, however 15 seconds is removed from the capture time depending on how many times the control-point is exchanged between the two teams. In the mode, ships are allowed to respawn similarly to how they do in Breakthrough.

Once a game has been completed, the player is awarded credits and XP depending on how well they've done in combat. Credits can be used to purchase new modules as previously mentioned while XP contributes to your overall Player Level, which is a second factor within the game's matchmaking as higher-levels generally mean more experienced players, preventing the act of "Noob Bashing" or "Seal Clubbing" from occurring.

A battle during the single-player mode taking place within a flank between Ravagers. 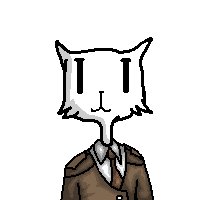 A portrait of Harvey Dales displayed on the official site. 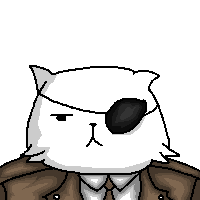 A portrait of Elm Harett displayed on the official site. 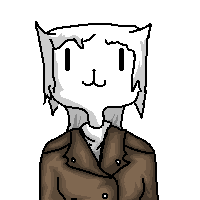 A portrait of Alicia Haigh displayed on the official site.
Add a photo to this gallery

Retrieved from "https://fantendo.fandom.com/wiki/Afraid_of_Water?oldid=2770484"
Community content is available under CC-BY-SA unless otherwise noted.