Adventure: Circuit Laser is a 2D platformer game developed by NextGen Solo, as part of their new Adventure series of games. Being a Series Swap and Adventure game, the original Circuit Laser game actually belongs to a different company than Hybrid Co.

After the events of the first game, the Recovery Squad was honored by the Centauri Antivirus System and were each given the title of Guard for stopping the Swarms and defeating the powerful virus, Axionocthema. However, the Axion Essence, the true power behind the evil, was never fully eliminated, and it stirred for a while, coding another Axionocthema with even greater power, dubbed Axionocthema 2.0.

When the Swarms returned to the Desktop Network, they now focused solely on corrupting the Server Computer, to get revenge on the Recovery Squad and eliminate them to clear the way for taking over the entire Network and the World Wide Web. Axionocthema 2.0 and the Swarms managed to split up the team from each other, spreading them across the Server Computer with malicious code.

Now, starting with Allegreta, the player has to go through the levels, reuniting with the other Recovery Squad members and defeating the virus threat once again.

Adventure: Circuit Laser plays like a standard 2D platfomer. Proceeding to the right, defeating enemies, and plenty of jumping are common fare. The game also retains some features from the original Circuit Laser, like the use of weapons such as a ray gun (Allegreta), Centuari Sword (Razor), Techmagic Staff (Burz), and more.

As shown above, multiple characters are playable in the game. The player can freely switch between any characters that are unlocked at the time. Each character has their own strengths and weaknesses, which balance out with the others to create an element of strategy within the game.

Unlike the original game, Adventure: Circuit Laser takes place in only one place within the Desktop Network: the Server Computer. The levels are split up into the quests of each hero to find the others, while also helping the people of the Server Computer in ridding them of the viruses. 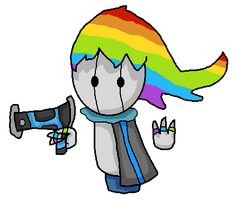 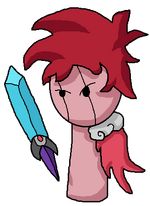 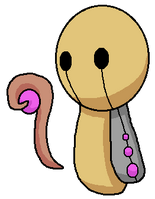 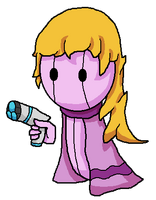