9-Volt is a major character in the WarioWare series, having appeared in every game in said series. He is an avid gamer who attends Diamond City Elementary with his close friend 18-Volt and lives with his mother 5-Volt and pet Fronk.

Mario Party: To The Max

9-Volt is an unlockable playable character in this game, being one of Fawful's hypnotized assistants in his goal of hosting the greatest party of all time and establishing his own timewarp kingdom.

He hosts the "Game POWER!" level in this game, where he gives the player some classic Nintendo-themed microgames to play, like he does in other WarioWare games. 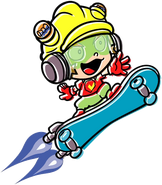 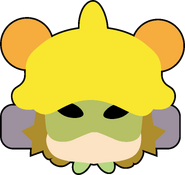 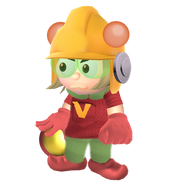 A 3D render of 9-Volt playing with his yo-yo.
Community content is available under CC-BY-SA unless otherwise noted.
Advertisement