3DS World, known as 3DS ランド 3DS Rando (3DS Land) in Japan, is a 2D platform game developed by Play! Software Planning and released for the Nintendo 3DS in July 21, 2012 and is exclusively to download in the Nintendo eShop.

The gameplay of this game is similar to other 2D platform games, however, 3DS World doesn't contain bosses. The top screen display the Mii character the player is using, the number of 3DS Coins collected, the number of extra lives and the remaining time. The touch screen allows the player to drop the item he or she is using. It also shows the level the player is. The game contains six worlds, each one with four levels.

There is also a multiplayer mode, that can be played using StreetPass. 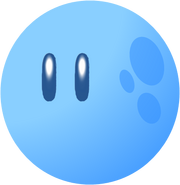 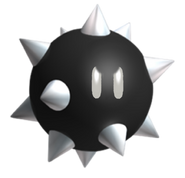 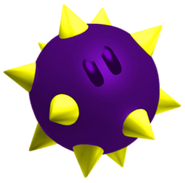 A Gleeder.
Add a photo to this gallery

3DS World icon.
Add a photo to this gallery
Retrieved from "https://fantendo.fandom.com/wiki/3DS_World?oldid=3345343"
Community content is available under CC-BY-SA unless otherwise noted.