Fantendo - Game Ideas & More
Register
Don't have an account?
Sign In
Advertisement
in: Sysop Approved, Free to use Characters, Characters,
and 9 more

3.14, sometimes called Coal Algebraic in his first appearances, is an ambient created by A22 Enterprises. He is the first Artificial Intelligence to be transferred out of the digital realm through A22's research. He escaped A22 and decided to hide away where he can be in harmony with nature.

The character first appeared in 3.14: The Game and was originally created by JesseRoo (t∣b∣c)

3.14 appears as a average sized human, who appears to be silhouette except that he has a white outline, and has a prominent set of dot eyes and a triangular nose. He is usually seen with a hat, although he has been shown to have hair. He is usually wearing long clothing that covers everything except his fingers.

3.14 is a naïve but incredibly friendly person. He is known for his good-hearted nature and resourcefulness able to forgive even the biggest foes of the universe and see the good in anyone.

When he was younger he was seen as less smart and more child-like than now, with a obsession over pie. He is naturally curious and due to his strict opposition to violence, prefers to deal in non-violent means whenever possible. Generally 3.14 maintains a clear and composed attitude, rarely allowing himself to get upset or angry.

3.14 is highly empathetic towards other beings, even animals, and thus cannot bring himself to actively hurt others unless he sees a good reason to, usually tied to the idea that weakening his opponent will make them listen to what he has to say.

3.14 is a completely original Ambient created by A22 sometime ago, although when he realized his purpose was to kill as a cyber soldier, he escaped A22. He hid out in various places, usually deep in nature where he was hard to track.

When he met Half O' 3, an old man that was looking on the ambients in the shadow since their escape, 3.14 learns that him and his brother 4.13 are the source of a powerful potential.

This potential is later revealed after a fight against a pure evil Ambient Master Binary. Master Binary manipulated 4.13 to go against his brother, during their fight 3.14 and 4.13 suddenly fuses to become Space Dragon .14, an evil and powerful entity. This new form is finally defeated by Strafe and .6 Recurring bringing 3.14 and his brother back to normal.

A22 managed to find 3.14 hiding out in a swamp. 3.14 is enlisted by A22 to deal with Flicker, a person who was converted into a Ambient and was rendered unstable during the transition. Throughout his story, 3.14 helps Flicker escape as well as deal with her condition thanks to Dr. Luna. After escaping out into the city, they are tracked down by Master Binary and Flicker's state deteriorates. After trying and failing to calm her down, 3.14 then turns his attention to Master Binary and holds Flicker's hand to impart a calming memory that helps her go back into her normal state. Due to Flicker's condition and 3.14's otherwordlyness, the two decide to go into space, hijacking a rocketship from A22 and freeing some rejected Ambients from inside.

3.14 and the A22 Ambients land on a planet made of light and populated by Ambients, who have set up their own utopia from the fragments of a old MMO simulation.

Since then, he eventually comes back to Earth time to time when they need him to take care of dangerous Ambients, like Pixel or Glitch.

As a fighter, his special moves revolve around mathematical, informatic, and light moves but also the use of pies as projectiles.

3.14 first appears in the very first installment Fantendo Kart, then he will do regular apparitions through the series becoming one of the most frequent addition. Up to his last appearance in Fantendo Kart: Duo Dash!, he appeared in 5 installments.

In the series, he is usually presented as a Light-weight driver.

The End of Time?!

3.14 is presented as one of the agents the player can use in the game, and he is a Nimble class character, being a much more specialized unit for tamping security systems.

As a Nimble agent, 3.14 has the unique ability to use ambient energy and light to control the surrounding technology.

One of the possible timelines for the New Fantendoverse is where Palutena takes over. During this timeline (named Future's Dark), 3.14 was assimilated into Palutena's hivemind, and sports a creepy, obviously unnatural smile literally carved onto his face. This timeline may have been prevented due to the actions of Xerra and Umbra Shader during Days of Victory, however.

While not a big character in the story, 3.14 does appear to confront The Threat with Unten and Volt. Using his words, he attempts to get through to the Threat, but this fails quickly, causing him to be slammed into the wall.

3.14 is a Ambient and thus can project intense light and heat to create attacks, although he strongly prefers to keep to talking with his opponents to either befriend them or at least reach a peaceful resolution. During 3.14 Worlds, 3.14 opted out of fighting, period, although after that game he was seen fighting a little more- if he deems it necessary.

Like Volt, 3.14 can "Input" himself into various electrical devices and enemies created out of Ambient energy, allowing him to travel across power lines, control enemies and objects, or even create fuses to shut down devices.

3.14 is able to heal allies and other Ambients by collecting Good Vibes, although this ability seems to be specifically for Ambients and other electrically charged species or characters. He can heal himself as well.

In the original series, Heart is 3.14's younger sister. Heart likes to say that she manages to put up with 3.14's childish behavior only because she cares for him. When she get kidnapped by 4.13, 3.14 didn't hesitate to run saving her and even fighting 4.13 despite his pacifist nature.

In the original series, 4.13 is 3.14's lost twin brother. They were separated very early after their escape from A22. 4.13 first appears as an enemy when him and his minions attacked 3.14 and kidnapped Heart but when Heart discovered the true that they were all brothers and sisters, they finally get along. There is a soft competitivity between 4.13 and 3.14 but despite their first encounter, they are partners in adventures.

It was revealed by Half O' 3, that both of them have a strong energetic potential which was revealed, when during a fight where 4.13 was brainwashed by Master Binary, the two brothers fused to become Space Dragon.14. Fortunately, this new form was defeated by Strafe and .6 Recurring bringing 3.14 and his brother back to normal.

.6 Recurring is another Ambient that appeared late in the original series to help 3.14 when 4.13 was manipulated by Master Binary. Since then, he became a strong ally for 3.14.

Strafe started as an antagonist in the original series, preventing 3.14 and 4.13 to discover their true potential. Due to his rebel personality, Strafe was a nuisance for 3.14 as he was stealing from him and attacking him every time 3.14 get closer to his potential. At the end, he was the one with .6 Recurring to free 3.14 and his brother from their Space Dragon.14 form.

As opposed to 3.14, Master Binary is loyal to A22 where he and 3.14 were created. Becoming a super soldier, one of his main missions was to stop the Ambients that escaped, 3.14 included. Because of that, it's 3.14's main enemy despite Master Binary's few apparitions in the series.

When 3.14 learns that a new Ambient was on the loose by members of A22, he felt implicated. He accepted to come back to A22, to meet Flicker the new Ambient who was revealed to be a human conscience trapped in an Ambient body. Sad for her, he freed her but because of her unstable nature, she became dangerous outside A22 that's why they choose to fly together out of Earth in a Spaceship.

in End of Time 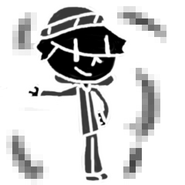 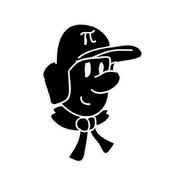 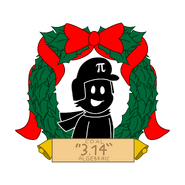 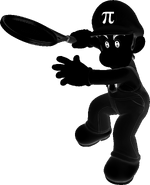 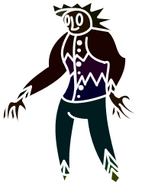