Welcome one and all to the 2020 Spring Showcase! This is the first Showcase that TheWikiOddish is participating in and I sure am ready to reveal a lot! Today, we will be focusing on 4 previously announced games and 4 new games to give details on! Now, without further ado, let's start the reveals!

An Arena Of Every Element

The trailer starts with an old and crumbled arena. The sky is a deep orange and specs of dirt are flying by the arena. Two cloaked figures walk into the arena from both sides. They watch at each other from across the arena before taking their hoods off.

Boy: So, this is the place where the elementals fight?

Girl: Yah, pretty sure this is the place. Its a little run down, but it should hold up for another hundred.

Boy: Ok, should we begin the fight?

The boy and girl throw out their cloaks and reveal their armor! The boy has the armor of a strength-filled stag beetle while the girl has the armor of misty ocean-water. They both lunge at each other, prepared to fight! 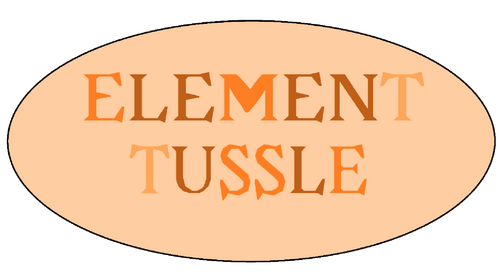 Element Tussle is a fighting game based around different elements and the fighters that hold them. There are a total of 10 elements in the game, meaning there are 10 different fighters to play as! Below will be the kinds of elements you will find in the game!

As you can see from these elements, they have different mechanic which can help you in battle. Some do lots of damage while others are focused on healing. Choose one to your liking and fight to the finish! Also, this game will get a release this year! In fact, it is quite close, as it will release in Spring of 2020!

Element Tussle will release in Spring 2020.

Form A Bond With ForMonsters!

ForMonsters was revealed previously at the WikiOdd Direct. It will be a monster-collecting game that takes inspiration from other games of the kind such as Pokémon and Yo-Kai Watch though it will have different mechanics from the two. Below are some details on the game:

ForMonsters will release in the future.

The game Super Smash Bros. Excel is still being developed, and a lot of characters are being added. Some are well known, some are obscure, while some you may just never know! Right now, we don't want to reveal any new fighters, though we will give some facts on what is in!

Another new thing about Super Smash Bros. Excel. A new collectable called Artwork will be obtainable in this gain. They are similar to Trophies, Stickers, and Spirits in previous Smash games. Artwork can be earned by fighting them in a battle meant to closely represent the character featured, much like Spirits. Also, there will be returning features from previous games. One of them is the Coin Launcher, returning from Super Smash Bros. Brawl. You can use coins to shoot at passing obstacles and even earn artwork after it appears on the Coin Launcher board or when you defeat a certain total of enemies.

Super Smash Bros. Excel will release in the future.

The screen turns to static and a new transmission comes through

???: Hey! To everyone watching this, we're the Bubble Punks! We've been scheming for the past few years and we've finally hacked into this stupid system! My name's Sud by the way!

Sud: So, since we hacked into this dumb showcase of yours, looks like we should show our master plan!

Sud: SHOO SHOO! You're ruining my moment! Go clean the warehouse or something.

Boss: SUD! I can here you talking to yourself again! Get back to work with the box lifting!

Sud: But I'm in the middle of this showcase thingy! A lot of people look at these and I thought it would be a nice way to show our evil plan!

Boss: YOU'RE REVEALING IT!?

Woah! What the heck happened there? Well, I guess that must have been the Bubble Punks, a dastardly gang that has their sights on blowing out Bubble City. However, do not fear! I have a note from Bubble City's top detective agency!

I have gotten recent intel that the Bubble Punks have planted explosives underneath Bubble City. Lucky for me, I'm their top detective and I'll get to the bottom of this. The cops around here don't do much, so I guess I'm this city's last hope.

Well, I guess this Hop guy has it all under control. I bet he can save the city! Bubble City Detective Agency will be a full 3D open-world mystery game where the player can solve puzzles and mysteries to get to the bottom of thingd! 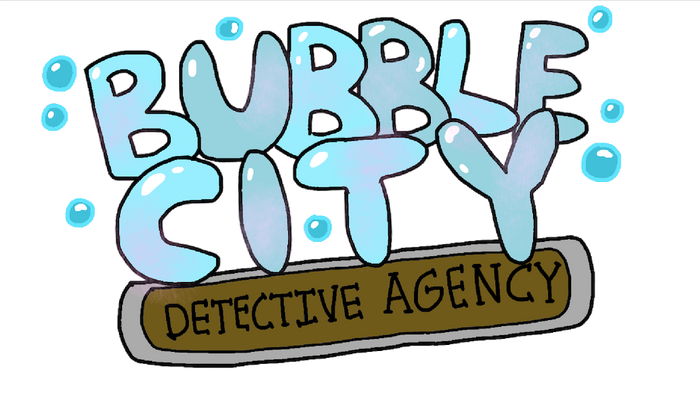 Ice Climber: The Mountain Ascent was revealed previously as a game about the Ice Climbers and their mission to the top of the tallest ice mountain. Currently, the game is being delayed in order to make room for other projects. The game is still in development, though we hope to release it somewhere next year, or earliest being Winter 2020. We hope to finish the game sometime.

You Guys Want To Fix It With A Mix It?

Mixels has always been a childhood show to me. After the Fighters Pass for Flain was leaked earlier this month, it seems that we have some kind of leaker on our hands. The leaker stated that the Fighters Pass would release with another announcement relating to Mixels. So, here it is!

Mixels: Mixed Up Adventure is a full 3D adventure game featuring the Mixels. They are off to stop the threat of the Nixels from taking over all of Planet Mixel with their negativity, so why not Mix or Max to stop the problem?

The game will feature characters from Mixels and will allow them to Mix, Murp, and Max together in order to fight off the Nixels! You can solve puzzles and fight your way through hordes of Nixel enemies!

Mixels: Mixed Up Adventure will release in 2020.

The Lost Has Become Found!

More info on the upcoming game Kirby: Adventure of the Stars! As seen last time, this game will be based around the cancelled Kirby GCN game that was originally intended to be released on the GameCube. This game is currently considered lost media, though bits of it have been sprinkled throughout modern Kirby games such as Kirby's Return to Dream Land and Kirby Star Allies.

Last time this game was revealed, we stated it would start development in 2020. However, we have also decided that the game will release in 2020 as well!

Kirby: Adventure of the Stars will release in the Summer of 2020!

New Pokémon to find in the Xorlia Region!

New Pokémon have been revealed for the games Pokémon Dark Order / Light Chaos. Below will be the Starter Pokémon of the games plus 4 other Pokémon.

The region of Xorlia takes place in an enivronment with many different biomes, most of it consisting of tropical jungles, forests, beaches, fields, villages, and mountains. The people of Xorlia love caring for all kinds of Pokémon and are connected to nature and their culture.

The design of the region is mostly inspired by other regions such as Hoenn, Alola, and Galar. TheWikiOddish wanted the region to feel very lively, having lots of plants and life everywhere the player goes.

Lots of past Pokémon will return in this game, especially ones that did not appear in the base game of Pokémon Sword & Shield, though some Pokémon from that game will still appear. The game will also focus on adding past Pokémon that are part of the competitive community.

Pokémon Dark Order / Light Chaos will release in the future.

Welp, we have come to the end of this showcase. We still have much in store and many other projects we are working on. However, before we go, we do have one announcement to make. This will be a different game then most of the ones revealed. TheWikiOddish is known for his cheery, happy, fun-time games...but what if there was one that was different...what if it wasn't happy.

What if the world was taken over by some force and nobody knew what it was...

The setting is a cold, dark, and run-down city. Nobody can be seen. There seem to be no life with the exception of some rotting plants. A single person is seen walking down a long road in the middle of a desert on the outskirts of the empty city. She is wearing protective gear, a backpack, and a gun at her waist. She's looking at a map.

Girl: Hmm, maybe if I escape town, I could somehow make it to one of the safe-zones. Ugh, but that isn't for miles.

She looks back at the city and sees it is sunset.

Girl: Well, it's almost nighttime, so I better get inside.

The girl walks back to the city and is seen walking among the empty houses with shattered glass and doors wide open. She hears a rustling in the scattered trash along the street. She slowly approaches it.

Girl: Hello? If you're human I can help you.

Suddenly, a long tall figure emerges from the garbage. Its skin is pure black with long arms and legs with razor claws. It is bony and malnourished. It looks at her with sharp teeth, breathing heavily, and one large eye that glows a deep blood-red as it sets its sights on her. 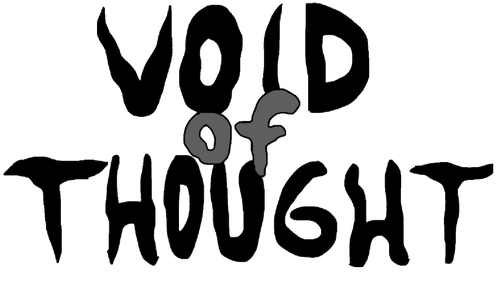 Void of Thought will release in the future.

Thanks for watching! Leave your thoughts in the comments and talk about what games you're interested in!