Start a Wiki
2012: The video game is a disaster destruction video game by Clover Entertainment. It was released on July 9th, 2012, and has sold 1,000,000 copies so far. The premise is that you are to cause the end of the world on December 21st, 2012, by destroying cities with an army of natural disasters at your disposal. It is for Xbox 360, PS3, Wii U, and for PC. It is the only Clover Entertainment game by far to have a version for PC, and is loosely based off the 2012 movie by Roland Emmerich.

2012: The video game is a very unique game. It is one of the few games that lets you take control of several natural disasters of your choice and destroy everything with them. You can control tornadoes, earthquakes, tsunamis, volcanic eruptions, and lightning. When you pick a disaster, their controls differ. If you pick a tornado or an earthquake, you control the path of the tornado or earthquake with the control stick. You can control a certain disaster for a limited time, until it fizzles out and subsides. Volcanoes, on the other hand, stay in one spot, and you having to move the control stick around to choose the spot you want the lava to flow. Tsunamis can only be used in spots near the ocean or a large river. Clover Entertainment perfects the destruction effects as always, making super-realistic building destruction. Buildings can get ripped apart, collapse, and crumble. Debris flies everywhere as the tornadoes rip buildings apart, and it falls as earthquakes destroy buildings from below. It is done using the new Clover Engine 2, with destruction even more realistic than ever before. Gas tanks explode in spectacular fashion when they take damage.

There are at least 15 cities in Campaign: New York, Los Angeles, Shanghai, Paris, Tokyo, and a lot more. Each city is unique. For example, New York has a lot of water in the Hudson River, so it could be very useful to create tsunamis. Los Angeles gets a lot of earthquakes, so it is easiest destroyed with Earthquakes. 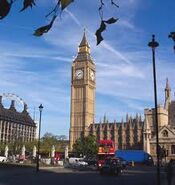 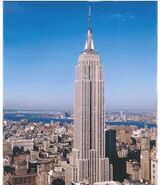 New York City
Add a photo to this gallery

Make the 2012 prophecy happen with an army of disasters at your disposal. Destroy entire cities, and wipe out humanity once and for all. Features a time limit and rules on how you may destroy the city.

This is where you can destroy the city how you want to. No time limit, no rules.

Cause as much destruction as you can within the time limit.

See who will end the world first with players around the world. Engage in online modes such as Smash-offs, game modes where you have to cause more destruction to a city than anyone else.

Engage in lots of challenges to play, such as destroy a city using only tornadoes, or leave at least one building standing.

Retrieved from "https://fantendo.fandom.com/wiki/2012_(video_game)?oldid=2626975"
Community content is available under CC-BY-SA unless otherwise noted.