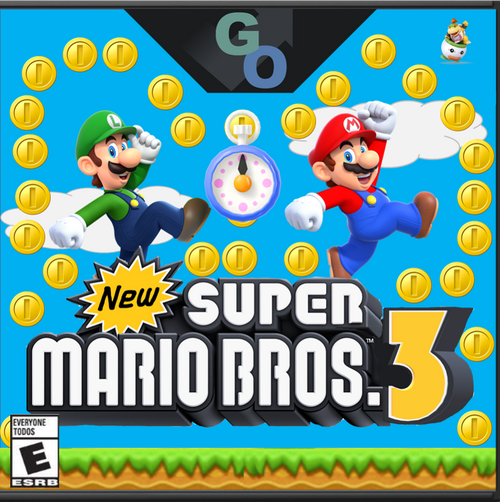 Despite being based off of New Super Mario Bros. U, the story doesn't tie in with that game, it takes place after the events of New Super Mario Bros. 2. During the story, standing on the balcony of Peach's Castle, Mario and Luigi are looking out at the sky, having a cup of tea. Their moment of silence and peace is interupted by the sight of the Koopa Clown Car , the bros stand up preparing for a fight, but are caught off guard by the sight of a mechanical arm, which grabs them, swining them into the air, landing into Bowser's Castle. Their goal is to return home.

Arriving at Peach's Castle, the brothers are put into a life or death scenario where they're up against Bowser Junior and Bowser. One of the duo has to step on the ! Switch behind them making the bridge collapse and sending the father and son to their doom. With the structure of the castle collapsing in the process, the brothers attempt to break Princess Peach out of the cage she's locked in, but it gets pulled upwards with the brothers holding on for dear life. The Koopalings are pulling the cage to the top floor of the castle, smashing through the floors carelessly, trying to knock one of them off. Reaching the top of the building, all seven of the Koopalings engage in a fight with the duo, losing in the process. The brothers escape with Peach in the Koopa Clown Car to see the destruction of the castle.

The credits is a picture book full of photos taken on the levels in the game on the top screen of the DSGo, while on the bottom screen, is a montage of the reconstruction of the castle.

Broodals
Add a photo to this gallery

Another new feature added to the game, is the Front View Switch that can be accessed through an Exclamation Mark Block. Jumping on the switch grants Mario or Luigi the ability to see the level in a 3D dimensional point of view, almost akin to the flip ability from Super Paper Mario for the Wii. However unlike Super Paper Mario, there is no limit to how long this front view lasts, but in order to switch back to the usual sideview of the level, Mario or Luigi have to find another switch in order to switch them back. Within the 3D dimensional view are hidden power ups and coins that can be accessed in this view of the level.

Like New Super Mario Bros., the bottom screen displays a kind of map, showing the length of the level and where the player is, as well as showing the Star Coins collected, points total, number of extra lives, and also providing an item storage. It also shows the total number of collected coins in a stage, with the record number displayed next to it. There are nine worlds: six main worlds and three special worlds. Each world contains a different number of levels, including Ghost Houses, Fortresses and Castles. Different sets of bosses are found in the middle and end of each world.

A two-player co-op mode is also available, in which a second player plays as Luigi accompanying Mario in the single-player game; both players may select which character they would like to be, however. This mode can only be played with two Nintendo DSGo consoles and two game cards. The gameplay is not much different from the single player, although in co-op coins and lives are shared between the two players, with each collected coin or extra life earned (though not collected) counting as two. Each player also has their own item storage, which can be accessed at any point. Several mechanics from the New Super Mario Bros. Wii multiplayer, such as the bubble and item boxes giving two items, are retained for this mode. In addition, the camera only focuses on one player at a time (denoted by a colored arrow above their character; red for Mario and green for Luigi), and can be changed during the level by ground-pounding the player currently in control, if the other player enters another section of the level first, or if the player of focus loses a life or enters a bubble.

The implementation of two player co-op reintroduces the Mario VS Luigi mode, which was originally seen in the original New Super Mario Bros, where two people playing as either Mario or Luigi fight for the highest amount of Power Stars. Those stars appearing  at random in the side-scrolling stages. The end of each of those stages is their beginning (the stages are looped). When Mario or Luigi are hit by enemies, fall down or hit each other, they lose a star, which can then be again collected by any of the brothers. The first brother to reach the previously set amount of stars wins the game. When a brother collects eight coins, a random power up will appear (Mushroom, Fire Flower, Blue Shell, Mini Mushroom, Mega Mushroom, Starman, Turnip). When a brother has a certain amount of victories, he wins the match.

Also featured in New Super Mario Bros. 2  was Coin Rush mode, a time attack-esque mode that challenges the player to collect as many coins as they can in three randomly selected single-player levels without losing a life. The difference being that there aren't any packs of levels to choose from and instead, levels can be selected manually, or at random through a roulette.

Monty Mole
Add a photo to this gallery

Stair Faced Ogre
Add a photo to this gallery

Bowser Junior
Add a photo to this gallery

Koopalings
Add a photo to this gallery

Skewer
Add a photo to this gallery 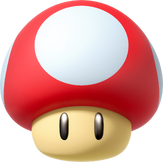 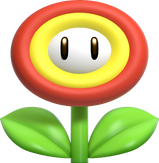 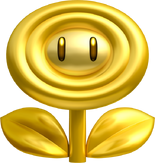 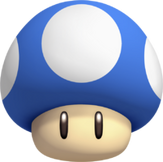 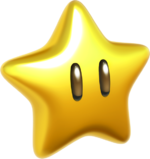 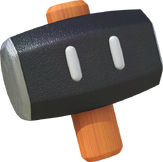 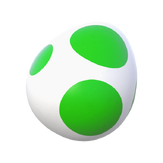 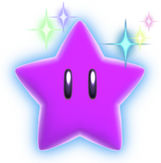 Boost Star
Add a photo to this gallery

With the launch of the Nintendo DSGo, Nintendo EPD considered developing a 2D Mario game for the system. The team had to decide between making an original title or another New Super Mario Bros game. With the hardware being partally based on a small Iphone5, they eventually settled on making a brand new New Super Mario Bros game, following in the same vien as the first game in the series, while shaking it up a bit.

When developing New Super Mario Bros. 3, the developers decided to bring over the more favourable ideas from the original and the one on the Nintendo 3DS in order to make it replayable, whilst taking inspiration from the plot summary of New Super Mario Bros. U. Shaking up the world design by going through a reversal was an idea that Takashi Tezuka and Toshihiko Nakago came up with early in development as they felt that it would give off a more cinematic feel for the game, raising the stakes much higher than they were in New Super Mario Bros. U.

Retrieved from "https://fantendo.fandom.com/wiki/*New_Super_Mario_Bros._3*?oldid=3285556"
Community content is available under CC-BY-SA unless otherwise noted.