? Blocks, pronounced as Question Blocks, are blocks in the Mario franchise that, when hit, release a predetermined but initially unknown item. They are arguably one of Nintendo's most iconic objects and symbols. Coins, power-ups, and many other items can be found in ? Blocks. After a ? Block is emptied of its contents, it becomes an Empty Block.

Standard ? Blocks are generally colored yellow. They may vary in color based on function. In Super Mario Bros., these and other blocks share their color palette with the terrain of the course, giving them a different appearance in certain course themes. Some New Super Mario Bros. games reference this with a new color scheme: ? Blocks are often blue underground, in towers, indoors in some castles, and at night; gray in the snow and Ghost Houses; and orange in volcanic areas and indoors in other castles.

Super Mario 3D Land introduces Long ? Blocks that are three blocks wide. Each third of the block grants an item when struck, with the outer thirds always containing coins.

The Dry Bones Kart series uses an item called the POW ? Block, which acts similarly to a POW Block but has the appearance of a ? Block. 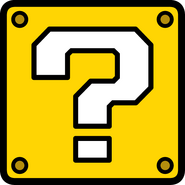 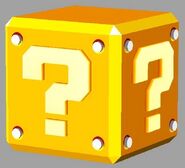 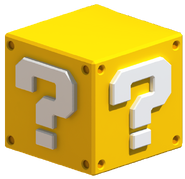 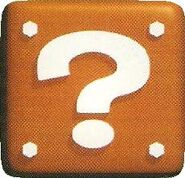 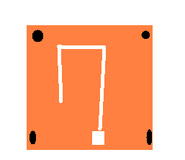 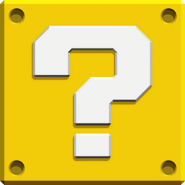 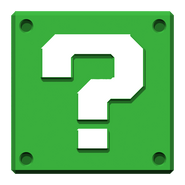 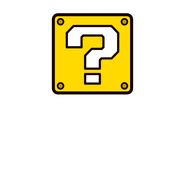