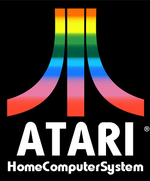 The ATARI Omega300 aka ATARI Ω 300 is the first Omegadream's Home Computer .Produced by ATARI HCS and developed by Omegadream, this console was a home computer based on the model of the first  Minitel (for " Médium interactif par numérisation d'information téléphonique ", translated by "interactive medium by scanning telephone information").This computer is the third ATARI home computer in the serie of ATARI 8-bit.A lot of games on this consoles are remakes of famous Arcade games.

In 1979, Omegadream was founded in France to be a sponsor and a developer of the  Minitel (French videotext online service from 1980 to 2012), but finally the company decided to make a Home computer with ATARI, the first prototype of the computer originaly named Omegatari was finaly abandoned.Later in 1980, Omegadream recuperate a part of copyrights of the minitel and another version of the future Home computer is strated based on the model of the Minitel 1.After all, The home computer is released under the name of ATARI Omega300 later after the released of the Minitel 1, but due to the large similarities beetwin the home computer and the Videotext online service, France Telecom & Laposte (holders of the minitel online service) make a trial against ATARI & Omegadream.Although the court has ruled in favor ATARI & Omegadream, all prospective projects of the two companies was abandonned and later Omegadream began developing home consoles with Nintendo. 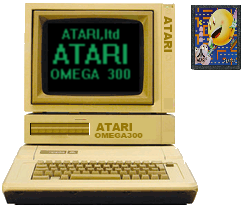 One of the main objects of ATARI and Omegadream when creating the ATARI Ω 300 is to make remakes of games from the Magnavox Odyssey and the major part of the 1972-1978 console's games but with new capacities.

Retrieved from "https://fantendo.fandom.com/wiki/ATARI_Omega300?oldid=978286"
Community content is available under CC-BY-SA unless otherwise noted.