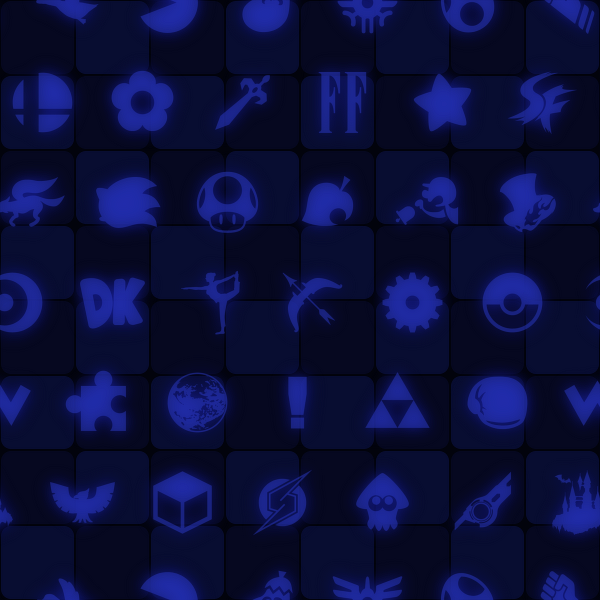 I have no idea if this game is real. they release a new Kirby game every two years. all I know is most things are the opposite of normal Kirby games. like whispy woods uses fire moves instead of leaf. 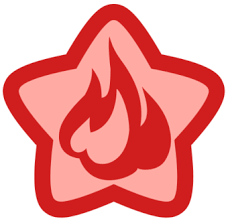 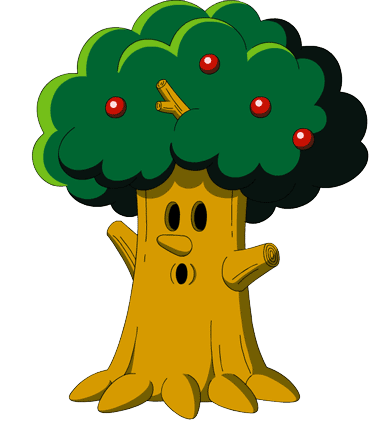 The game is a clone of Mario Bros (not Super) with Touhou characters. Don't worry, you don't need to be familiar with Touhou. It is a flash game, it runs in browser and requires Flash Player (or you can download it and use standalone player). Link https://rsgmaker.itch.io/reimubros Make sure to set the controls in options. Multiplayer works via P2P. It is actually possible to get more than 4 players in one room, but the game starts to lag terribly.

Manual: https://www.deviantart.com/rsgmaker/journal/ReimuBros-2-0-5-manual-547108472 Includes a cheat code for unlocking all characters.

So Sans from Undertale is selected to be appeared in Super Smash Bros. Ultimate, despite Undertale is a computer game that don’t appear in video game consoles, like Nintendo. First Banjo-Kazooie, now Sans on the Nintendo game. Yes, I know that Banjo-Kazooie appeared in N64 back in the 1990s, a decade before Microsoft bought out Rare, but TBH, I don’t see the point why would the game is manage to bring those game franchises to its roster, since they are nethier being any longer as third-parties for Nintendo nor appearing any Nintendo hardwares whatsoever. What’s next, is Nintendo gonna bring out PlayStation consoles-only characters to SSB?

Though I would love if Spyro and Crash appear in SSB, since both franchises appears other consoles besides PlayStation.

Who thinks Splatoon 3 should be real? I'd like to see this game come out just like this(ll) AND I AM AGENT 5 BUT THE CHEESECAKE EDITION WHO IS SOMEONE ELSE (l>)after the final splatfest

So, in this thread, you can share your Mario Maker 2 levels that have been uploaded online. I'll do this later, enjoy!

Wow. I was so surprised that I did not aware that Nintendo decide to license Banjo-Kazooie from Microsoft to add them to Super Smash Bros. Ultimate. Quite of nice touch. I hope we wish that Microsoft would think of sold the rights to the bear and bird back to Nintendo, right?

Also, I’d love if SSBU would introduce Spyro and Crash, if Nintendo would use the rights to those two.

Delsin would have two gimmicks in Smash. The first would be the ability to switch between Smoke, Neon, and Video powers, giving him different moves for each power. The other gimmick is that he can run out and recharge his powers, similar to Inkling's Ink Tank.

Neutral Special (empty power meter): Drain Smoke/Drain Neon/Drain Video: Drains health from an opponent while recharging your meter. You can still get hit, so be careful.

Down Special: Change Powers. Switch between Smoke, Neon, and Video.

Neutral Special: Smoke Shot/Cinder Blast. Fires a small shot of smoke that deals about 2% damage. Hold down the B button to fire a Cinder Blast, capable of up to 25% damage and heavy knockback.

Side Special: Sulfur Bomb. Throws a small bomb of smoke that briefly stuns the opponent. Directly hitting an opponent with one will stun them longer.

Up Special: Vent Launch. Creates a fake vent from smoke for Delsin to launch from. Extremely effective for vertical recovery, but not for horizontal recovery.

FINAL SMASH: Orbital Drop. Delsin charges sideways with a Smoke Dash. Anyone hit by the Smoke Dash will be trapped in a cinematic where Delsin uses an Orbital Drop to send them flying. Any trapped opponents over 100% will be KO'd instantly.

Side Special: Stasis Bubble. Traps opponents in a Stasis Bubble briefly. Unlike Sulfur Bomb, the stun time cannot be adjusted regardless of where the opponent is hit.

Up Special: Photon Jump. Launches into the air while in Light Speed. Great for horizontal recovery, but not for vertical recovery.

Neutral Special: Video Torrent/Bloodthirsty Blades. Fires a continuous stream of pixelated projectiles that deal a total of 3% damage. Charging this move will unleash Bloodthirsty Blades that lock onto an opponent and deal medium damage, but extreme knockback.

Side Special: Shroud of Invisibility. Turns invisible for 2 seconds, increasing movement speed and rendering all knockback useless. Your opponents can't see you, but neither can you.

Up Special: Video Surge. Grows a pair of digital wings and flies upwards for 5 seconds. Great for both types of recovery.

FINAL SMASH: Hellfire Swarm. Delsin brings upon two pillars of light to either side of him. Anyone hit by either pillar is trapped in a cinematic where Delsin calls upon an army of both angels and demons (due to the lack of a Karma system in Smash Ultimate) to divebomb the trapped enemies. Any opponents over 100% are KO'd instantly.

And now, we wait and see if Sakurai could pull this off. I mean, if Joker could get in, there's no way Delsin can't. Feel free to share your opinion in the replies!

I was looking at the Super Mario Timeline on this wiki, and one question came to my mind, "Why are the Super Mario Land, Wario Land, and other games in that era take place after everything?" Does anyone know the answer why people put these games at the very end of the timeline?

Yes, I don't have a Nintendo Switch, so if anyone has it and Mario Tennis Aces, can you play adventure mode as Luigi? Is there a dark Mario instead? Please tell me a soon as possible.

Excluding mid-bosses/bosses and Bwaaah Trio, which enemies do you find the most annoying?

For me, it’s the Peek-a-Boos. Not only do they completely ignore “line of sight” attacks, but they also attack from far distances. They made the Calavera fight very difficult. Supporters are also ridiculously annoying due to their Grenaducks and healing. What are your opinions?

Splatoon is a game that is rated E10+. However, it's a newer rating. What if it didn't exsist at the time? This is the place to share your ideas!

Thanks to companies such as the Entertainment Software Rating Board, we know what's appropriate. But, sometimes games get rated wrong. So please! Tell me some.

As the title said, the ROM from the Spaceworld 97 Pokémon Gold demo got leaked and documented. Remember unused Pokémons from Gen 1 as told by a special manga about Satoshi Tajiri's career? Well, this one from Gen 2 has early designs of Pokemon we know now as well as unused pre-evos, evolutions and new ones too!

As someone who enjoys the concept of Kirby, as well as the characters, but has never been able to play a whole lot, I wanted to see what some diehard fans think of the games. Like, is there any super crazy lore? What's the best Kirby game? How seriously do you take Kirby?

(edited by Scoobymcsnack)
Specifically Francisca and the white hooded robe dude. Something about them seems familiar. And by familiar I mean they look similar to some characters I saw here on this wiki. Probably just a coincidence but it's a neat coincidence.
(edited by Foreigner55)

I found some beta pics of SSB 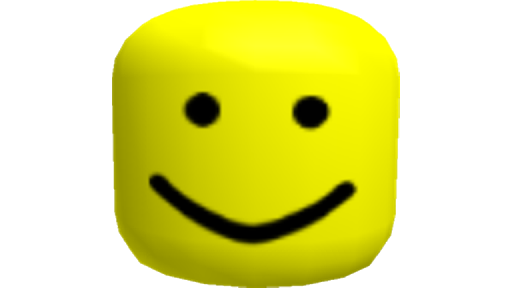 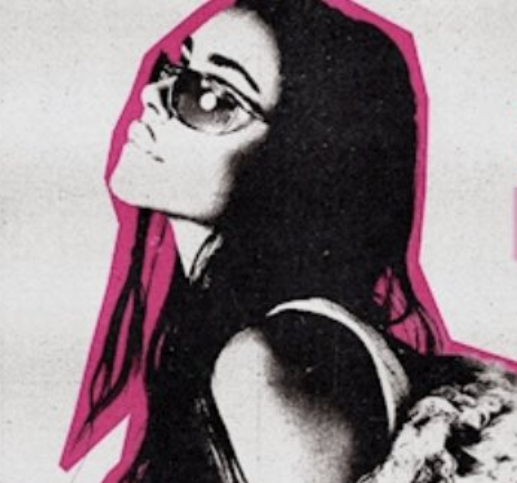 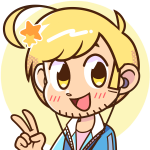 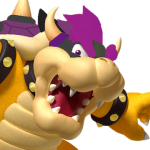 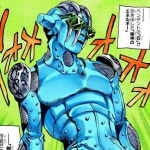 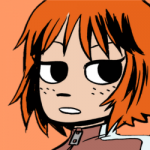 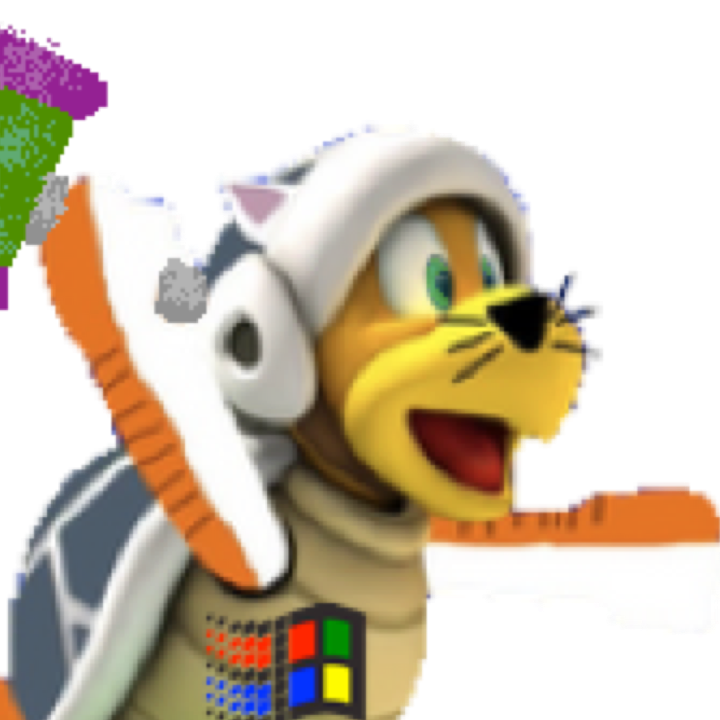 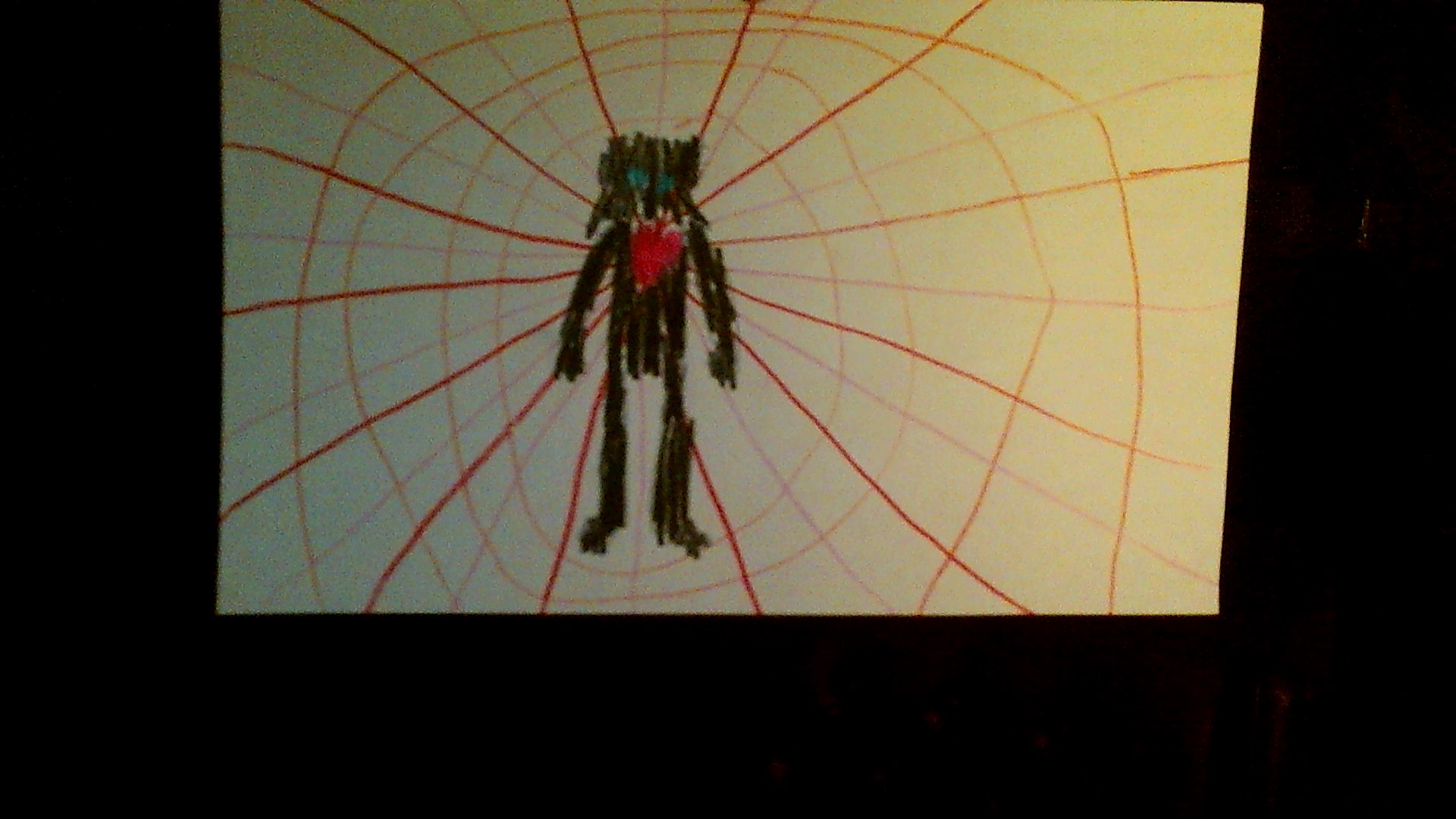 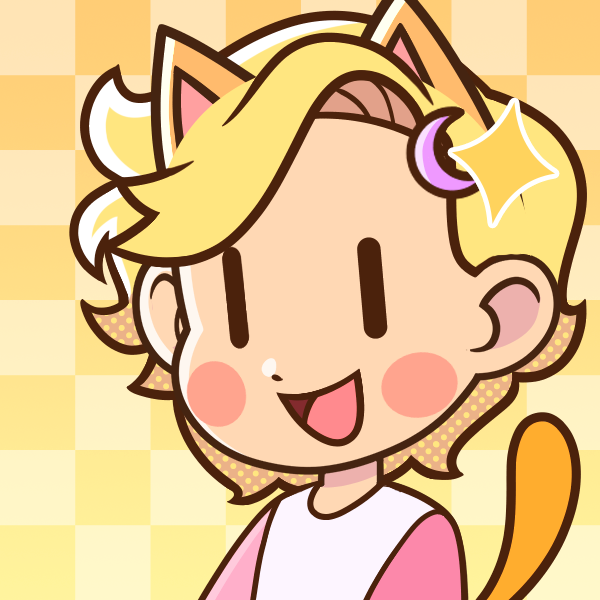 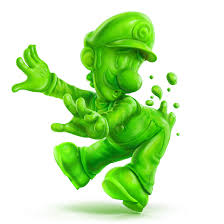 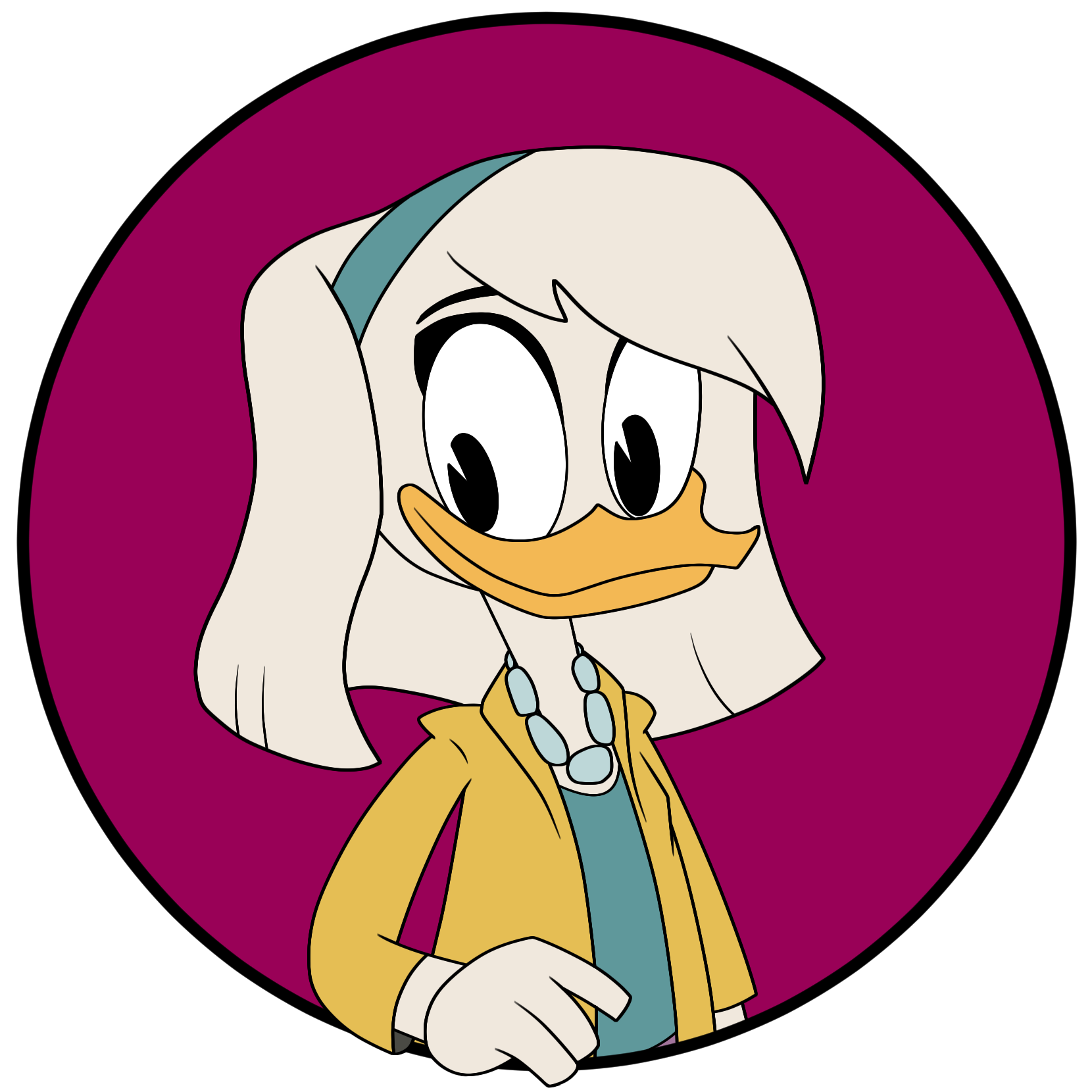 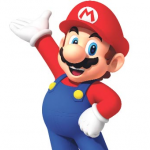 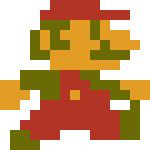 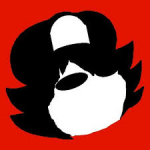 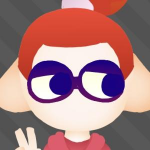 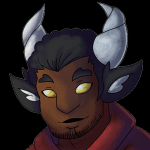 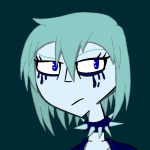 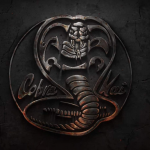