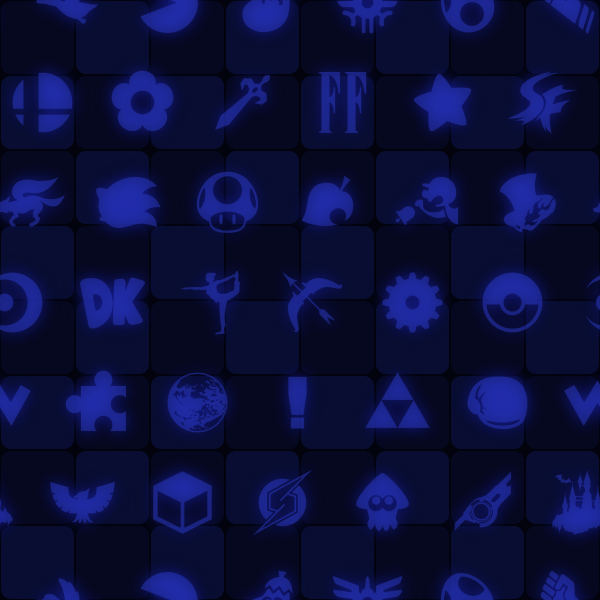 However, for reasons most of the common folk don’t know, Sepkir went mad. He tried to strike down the dragons, summoning up an army of the dead to attempt to strike them down. Through much strife, it was Minoi’s judgement that crippled Sepkir’s army. Once the army was taken down, Sepkir was forced into imprisonment, hidden deep underground. And, since then, the kingdom was built over the old battleground, and the dragons have taken up residence among the various villages. There, they stand as guardians over the many villages, stepping down to aid in case the village is in danger.

However, recently a danger has arrived, who wields power unlike those any’d ever possessed. He commands a cult of warriors, each seeking to carry out his vision. In his vision, the dragons are in danger, and so is any other person that steps in between him and them. When word of a village’s dragon being killed spreads, it’s up to a few villagers to repel the enemy forces. Else, the kingdom may very well be in danger.

Before you initiate, you'll have to create your character.

Name, gender, and backstory should be simple enough to explain, but let's discuss Class, Starting Weaponry, and Growth Rate Priority.

As the story progresses, more classes will be made available for character creation.

Weapons determine how much damage you do, but they also have a limited usage. Mind your weapon's durability. It should also be noted that certain weapons are part of a rock-paper-scissor-esque triangle. Which ever beats the other determines whether the weapon will deal more damage or not. Sword is better than axe which is better than lances. More weapons will be listed as the story progresses and proficiencies increase.

Note: Before you choose your weapons, consider the Current Creation Level/Rank, specifically the rank. If you choose a unit with more than one weapon type, you'll have to either allocate all proficiency experience into one weapon rank, or allocate your experience across the various weapon ranks.

At this point, players can start at:

Each class can level up to level 20 without a class change/promotion. Each class has varying levels of growth rate, so there are chances some stats will improve while other stats don't. Some level ups will yield many rewards, but others may wield lesser rewards. At least by default. If you wish to keep growth rate at default, then leave Growth Rate Priority blank. Otherwise, list the stats you wish to prioritize the growth rate for, and one you have to stunt the growth rate for. You can only prioritize 1 stat, and you'll be forced to deprioritize one stat. If you prioritize one stat, then there's a greater chance it'll grow with each level up. If you deprioritize one, there's a lesser chance it'll grow with each level up.

The above prioritization will allow strength to grow more consistently, but make magic's growth rate significantly slower than usual. Again, if you wish to go for the default growth rate, leave Growth Rate Priority blank.

Along with story stuff and character interactions, players may encounter villainous foes in fields. Battle is based on a character's equipment and stats, while movement is based on a stat called "movement" and the grid. From left to right, the columns are marked A, B, C, and so on and so forth. From up to down, the rows are marked 1, 2, 3, and so on. Players will be prompted to move along these grids to a specified position. For example, assuming you're the myrmidon, you'd be at F1. You'd have 5 movement, and thus five spaces to move. So, from F1 to F5, adjacent from the thief, would be four spaces. E5 would be five spaces away for the myrmidon, as would J2. Occasionally in the field, you'll find orange squares, which are impassible to either foes. If you find a pure black square, nobody except flying troops can cross it.

On the field, you'll encounter squares marked something like "Treasure" or "Event" or otherwise. "Treasure" marks a treasure chest, which is locked. "Event" would represent a tile that can have some sort of affect, usually positive, on a player, such as increased weapon proficiency, or finding an item.

You may notice different hues to the field. Those represent different heights. The darker the height, the lower the terrain as. If you're higher, you'll have better accuracy against foes. If you wish to travel from height to height, you'll have to rely on there being a proper transition (as in, there has to be a point one level higher for you to travel across).

Left is lowest, right is highest.

If an opponent is within attack range (for most melee users that's adjacent on four sides, for archers that'd be 1 space ahead from the adjacent areas, and magic ranges will be specified in the spells), you can choose to attack an opponent. Similarly, opponents will be able to move towards you and attack. Depending on both fighters' weapons, the fighters will exchange blows, the attacker attacking first and the attacked attacking second. Enemies (ie, immediate threats) are marked by red squares, will have a title describing their class, and will have their weapon specified in parenthesis next to their classification. Neutral opponents are marked in green. If you're attacking a foe from a higher position, you'll gain an accuracy/evasion bonus.

Before you officially fight an opponent, players will be told how much damage they'll take and how much damage the opponent will take, how likely each of you are to land your attack, and the chance of critical attack on either side. Players can also change their weapon, and the attack, accuracy/evasion, and critical will be updated.

In addition to attacking, either side can use an item, trade items with adjacent units, or wait their turn. There are no pair ups in here, apologies.

Turns last until each unit on either side perform their actions. If a player attacks, uses an item, or waits, that is marked as the end of their movement. When all units on one side finish their turn, the other side will move. First is the player side, in which each player decide their actions. Second is the enemy side, who is controlled by the controller of the game (me). Third, that is if there are three types of units, are neutral units. Some may be recruitable, some try to steal away items, or who know what else. If a player isn't yet with the main party, they may show up as a neutral member, at which point the main party will have to speak with them to recruit them. Otherwise, they are controlled by the controller of the game (me).

All players can hold a maximum of 8 items (including weapons) in a battle. If a character collects an item and has a full inventory, it'll be automatically transferred to "Convoy." Any gold collected automatically goes to “Convoy." Before battles, you can choose the items you wish to bring into battle as well as items you wish to transfer to "Entire Inventory."

Eventually in the game, there is going to be a time skip. During this time skip, units are able to pair up and, mid time skip, have a child. Players are freely able to pair up two of their own units, but if you wish to have a child unit with another character, please get the other player’s permission first. Your child unit will acquire the class of the mother, and earn some growth rates from the father.

The Story So Far

(Miscalculated when looking at the map. Sticking with H8)

With a dark miasma, Luin strikes the mercenary with enough force to knock him down.

no, i'll actually just move next to alia

Nemain reached her destination. This leaves Everlee and Alia.

Though, it's recommended they be moved over in part 2: https://fantendo.wikia.com/wiki/Thread:1485632

What do you think?